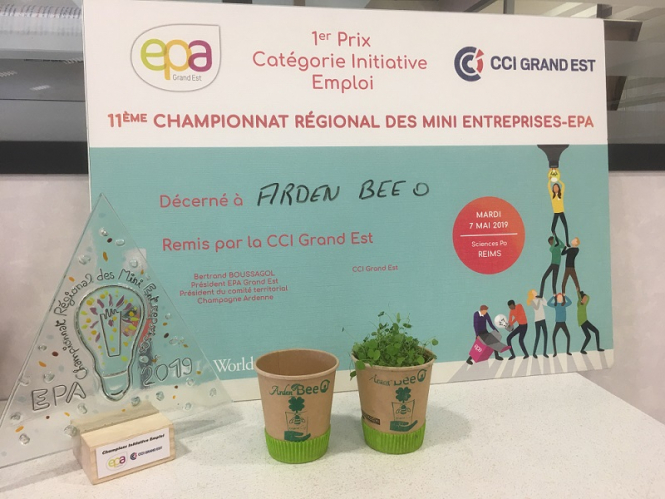 The group, aged 22-26, came up with the idea while brainstorming at a business centre.

One suggested a way to cut the number of plastic cups thrown away – four billion a year worldwide – and others suggested adding clover and poppy seeds, plus making it organic and biodegradable.

The prototype was a simple paper cup with baking paper stuck on the base for the seeds.

Kristele Collignon, their technical adviser, said they used bought-in cups but did all the rest by hand. “They found suppliers, inks, seeds and cupcake cases for the base, then tested prototypes at a nursery”.

The cups disintegrate in a few months.

The group now hopes to launch a real business.

“They won €500 in a regional contest and go to the next round in July, but to start properly they need proper funding,” said Mrs Collignon.

Calling themselves Arden Bee O, they are selling the cups at €5 for 10.

You can subscribe to a help fund via the Mission Locale centre in Charleville-Mézières in Ardennes, Grand Est, for €4.