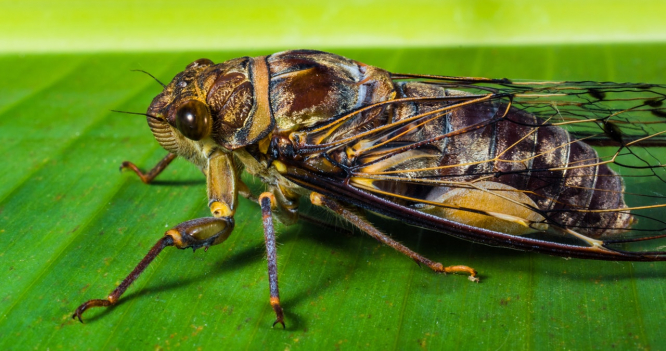 Georges Ferrero, mayor of the small commune of Beausset near Toulon (Provence-Alpes-Côte d'Azur), confirmed he had received two complaints from tourists staying in the area, who said they could “no longer stand” the noise from the insects.

According to the complaints, the insects do not “sing” melodically - as they do in the popular French fable La Cigale et La Fourmi - but “make an [unpleasant] crack-crack-crack” noise instead.

The tourist letters even asked the mayor if he would consider using insecticides on the animals to quieten “and get rid of them”, he said.

Mr Ferrero said: “I was very shocked. Cicadas are part of the emblem of Provence. When you visit the South [of France], you know that there are cicadas. We are proud to have them!”

Despite the holidaymakers’ request, the mayor confirmed that nothing would be done about the cicadas, and it is unknown if the tourists in question will plan another trip to the area in future.

The odd request comes just weeks after a mayor in Occitanie reported that Parisian tourists staying in the vicarage house of the commune of Malbosc had a similar demand.

Those tourists asked that the morning church bells be changed to ring later in the day, so they would not be woken up at 7h “when we are on our break”.

That mayor - Francis Durand - also declined that request, stating that the bells were just part of the village and “have been ringing for years”.