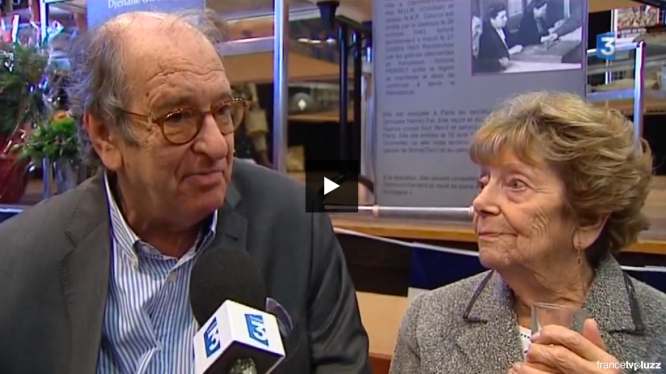 In 1943, a newlywed couple escaped Alsace and took refuge in Montluçon, before giving birth to a boy. Being Jewish it was impossible to declare this birth, the risk was too high. So the Resistance sent the couple and child to Montaigut where a town clerk along with the mayor at the time, a doctor, created false papers and hid the family thus saving the mother, father and child from deportation.

Until recently Gérard did not know who Christiane was — his family had never told him about his past.

It was highly emotional as they met each other for the first time after 74 years.

Mrs Schmerber was a member of the Resistance and was deported to Ravensbrück for making fake ID cards, hiding and feeding Jewish refugees.