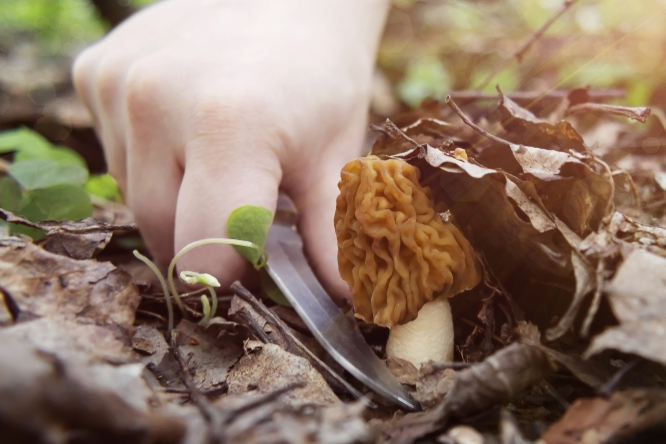 The toxic mushrooms are easy to confuse with edible, non-toxic morels. If in any doubt, foragers are advised to consult an expert or a pharmacist before eating Pic: galsand / Shutterstock

A toxic mushroom has been discovered as the reason why the department of Savoie has 20 times the national average of people afflicted by Charcot-Marie-Tooth, a condition that can cause paralysis and death.

After 10 years of study, researchers discovered a link between people who had been diagnosed with the condition (CMT) and those who had eaten a toxic mushroom known as ‘false morel’.

In France, 7,000 people have CMT, but 14 people have been diagnosed with it in the La Plagne-Tarentaise area in Savoie, Auvergne-Rhône-Alpes, in the past 22 years; a level 20 times higher than the national average.

CMT causes progressive damage to the peripheral nerves (those found outside the main nervous system of the brain and spinal cord). It can cause muscle weakness in the limbs and in bad cases can even lead to paralysis and death.

The French rapper Pone, who recently created the music for the Toyko Paralympics closing ceremony using only his eyes, has the condition and is tetraplegic as a result.

Now, researchers have discovered that the poisonous mushroom is linked to people in Savoie developing the condition. All those who had been diagnosed had also eaten the fungi.

Warning for mushroom foragers in France

Easy to confuse with a normal, edible morel, the mushroom was actually considered to be safe to eat until 1992, before being classified as toxic. This likely explains why there was a rise in cases of CMT being diagnosed between 1991 and 2013.

It reminded people to always check with a specialist or local pharmacist in case of the slightest doubt of the safety of their crop, and not to rely on smartphone apps to identify varieties.

The warning said: “Some highly toxic mushrooms look very similar to edible varieties. Some poisonous mushrooms can also grow in the same place that you may have picked edible mushrooms in a previous year.”

There have been three deaths and 330 poisonings connected to the eating of toxic mushrooms in France this year, with the foraging season coming early due to weather conditions in recent months.

5 hours ago
4
Covid-19: Rules for travel to and from France