Train and airport strikes in France: Delays possible this weekend 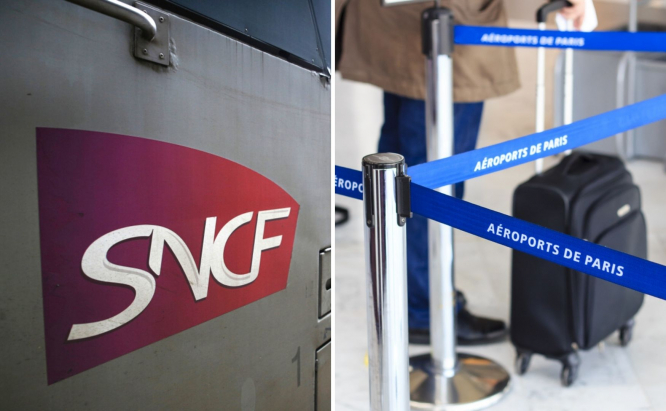 Strikes are taking place at SNCF for TGV and RER regional trains in France from today (July 1), and are planned at Paris airport group Aéroports de Paris (ADP) this weekend, with cancellations and delays expected.

SNCF workers gave notice of strikes from today, as did staff at ADP, with action set to last until Sunday. This coincides with the first weekend of July holidays, for people taking a break this month (dubbed ‘juilletistes’ in French).

National strike called by union CGT-Cheminots, calling for a general rise in salaries, new hires, and “real negotiations for a high-level social status”.

“Almost normal” traffic is expected for most trains, but some disruption on some regional express services, SNCF said, adding: “All scheduled Transilien, TGV Inoui, Ouigo, Intercités, Eurostar, and Thalys services will run normally.”

But TER passengers may need to expect “some changes due to the social movement, especially in Nouvelle-Aquitaine and Occitanie,” it said.

SNCF said timetables would be “lightly adapted” but will “serve 100% of clients”.

Management has so far offered unions a rise in monthly salary for drivers, and a bonus for drivers and some admin staff. Unions have called for “more recognition” for workers, and have denounced “worsening working conditions”.

Passengers looking for information on whether their journeys will run are invited to check the SNCF website.

But CEO of SNCF Voyageurs, Christophe Fanichet, said that it was too soon to predict the effects of the planned Ouigo strike for July 3-4.

Three unions have given notice of strike action from Thursday to Monday, July 5: Unsa, CGT, and CFE-CGC. They are calling for a modified work contract, as the current plans will remove certain benefits.

Managers at the Groupe ADP said that strike calls on Thursday, July 1, could cause “difficulty for road access and delays on certain flights”.

Late last night, it said that it had not yet “calculated all the elements” of the strike action, and advised passengers to “anticipate” possible problems on arrival at airports.

The CGT union said: “We cannot exclude the possibility of cancellations throughout the course of action in and in front of terminals.”

But Groupe ADP CEO, Augustin de Romanet, said: “We will do our utmost to ensure that the planes are delayed, at worst [rather than cancelled].”

Pianos to return to French train stations with 50-player concert
Family railcard holders eligible for new €1 SNCF travel discount card
Call for rail strike in Paris region on June 21, across France in July
In the air traffic control tower: 'Every hour is different'

12 hours ago
4
Covid-19: Rules for travel to and from France