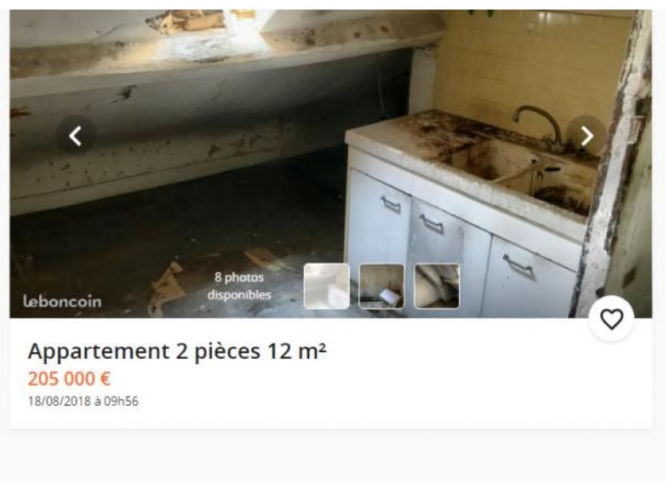 The two-bedroom studio was advertised as 12.35m², and went on sale on the classifieds website Leboncoin.

The ad clearly stated that the property is “three servants’ rooms that have been knocked together” and requires “total renovation”.

In reality, the actual size of the apartment is slightly more than the advertised space - at 38.02m² of total floor space - but the 12.35m² figure corresponds to the amount of floor space that someone could stand up in: e.g. under a ceiling height of at least 1.8m.

According to  Le Figaro, two potential buyers have already come forward with an offer.

When questioned about the high price of the property, the sales agent said: “Anyone who finds the state of the apartment ‘deplorable’ should move on. [The price] is a numerical calculation; it’s just data that does not have much meaning.”

The advert is no longer available on Leboncoin. It has not been confirmed whether a final buyer was found for the space.