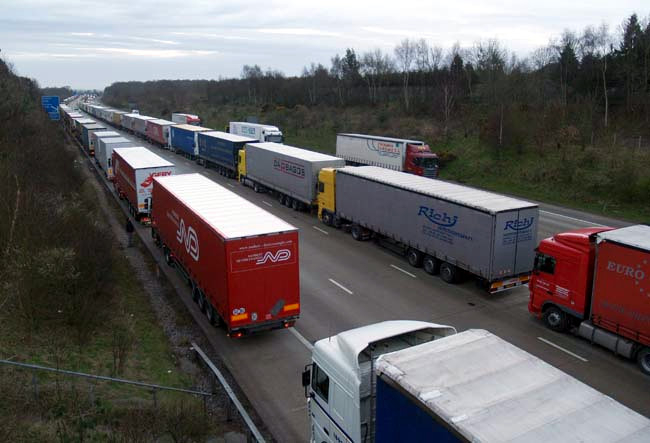 Travel from the UK to EU countries should be 'discouraged' due to the mutant and highly virulent variant of coronavirus but member states' blanket bans on movement of goods and people should be lifted, the European Commission has said.

Air, rail and ferry bans “should be discontinued given the need to ensure essential travel and avoid supply chain disruptions”, the Commission said following discussions that started on Monday and carried on into Tuesday.

It has recommended instead a joined-up approach from the 27 states in the EU bloc, after individual countries, including France, imposed sovereign restrictions that varied from nation to nation.

France, for example, imposed a total ban on all travel for 48 hours while it beefed up health security measures. Discussions with the UK over Covid-19 test requirements to allow travel to resume are ongoing.

France's decision to close its borders to UK traffic forced the closure of the port of Dover, and meant more than 1,500 HGVs were stacking up on the M20 in Kent waiting for the crucial Dover-Calais freight route to reopen, prompting fears over the availability of food and consumer goods on both sides of the Channel.

Germany, meanwhile, stopped air travel from the UK - and South Africa - until January 6.

But “at the same time, blanket travel bans should not prevent thousands of EU and UK citizens from returning to their homes”.

France had previously said that French nationals and residents currently in the UK would be permitted to return home after recording a negative PCR test for Covid-19.