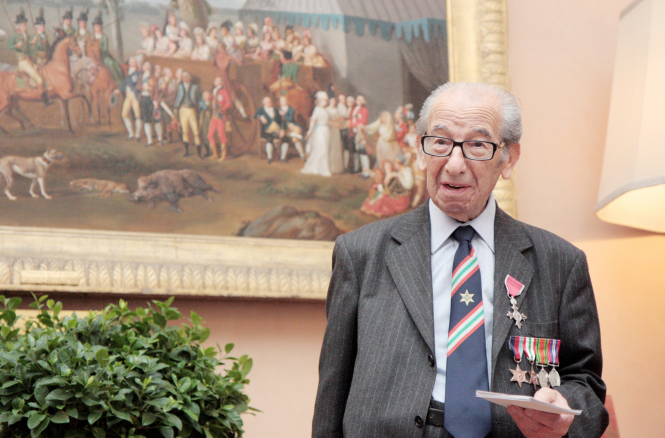 Some £2.5million has been set aside in the 2021 UK budget to end the ban on Britons being able to vote in UK elections after 15 years of living out of the country.

The measure was listed in the 2021 Budget Report laid before the House of Commons by the chancellor yesterday and has been hailed by veteran votes campaigner Harry Shindler as “very good news” and “a nice birthday present” in his 100th year.

It appears briefly under a list of policy decisions and a heading of ‘supporting the most affected’, along with other measures like a scheme for veterans’ mental health or measures against domestic abuse.

This is the latest twist in a long-running saga – removing the 15-year limit on Britons abroad voting in parliamentary elections was listed in the Conservative government’s manifesto of 2014 and confirmed in the Queen’s Speech under David Cameron in 2015.

However many Britons were frustrated after ending the limit was not implemented in time for the 2016 Brexit referendum, meaning those out of the country for more than 15 years could not take part as the referendum franchise was based on the parliamentary one.

The measure was supported again in Theresa May’s 2017 manifesto and the May government backed MP Glyn Davies' private member’s bill on the issue in 2018-2019 which ran out of time after a Conservative opponent talked for too long.

Boris Johnson’s Queen’s Speech of December 2019 said it would be “brought forward in due course”. Mr Johnson then wrote to Mr Shindler, 99, a Second World War veteran who lives in Italy, one year ago to reaffirm his support.

Mr Shindler told The Connexion: “This is very important and very welcome news. I shall be contacting the prime minister to thank him for following through on his promise.

“The fact they have set aside money for it makes all the difference and makes it much more certain now. I have been campaigning for this for 20 years, there are several million Britons affected by it.

“I shall be 100 in July and this is what I call a very nice birthday present.

“I think it should go through now because the prime minister does have a majority, whereas in the past when promises were made they didn’t really have the majority to get it through.”

British Community Committee of France vice chairman Christopher Chantry said the move was progress but he was surprised to see it being raised as a budget item before being presented as a bill.

“It’s great and is very encouraging it has made an appearance in a government publication, but we wait to see something concrete now as to what is proposed – and to see it happening.”

He said he hoped the government would remove the need to have been previously registered in a UK constituency before moving abroad, which he said would save time and money in electoral registration officers having to check old registers.

“The latest proposal I saw a couple of years ago from Chloe Smith, then a minister in the Cabinet Office, was that there would be no requirement to have been previously registered.”

Glynn Davies' bill had proposed that British citizens should be able to vote as long as they had lived in the UK at some point.

The BBC reports a Treasury spokesman as saying a bill on the matter will be presented later this year. We have asked the Treasury for details and will update this article in due course.

As the measure featured in the last Queen’s Speech notes it would normally have been expected, parliamentary time allowing, to be introduced during the current parliamentary session which has been ongoing since December 2019.

Votes for life – but when?