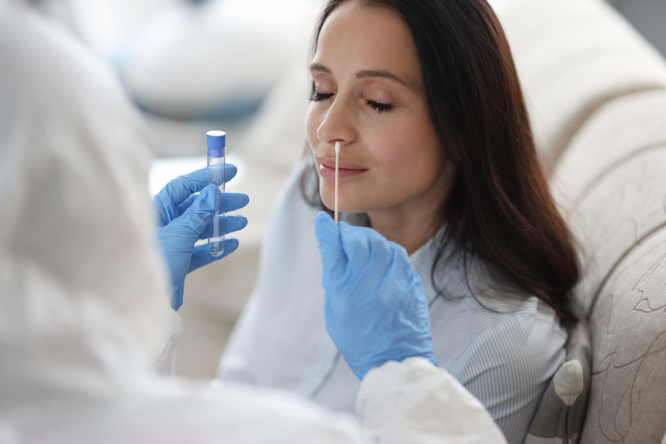 The UK foreign office’s France travel advice has been updated to indicate that unvaccinated arrivals from the UK should show a negative Covid test taken within 24 hours of departure – but it is unclear if the rule is in force yet or not.

It comes as French media have referred to this rule change as either in force or imminent with regard to Spain and Portugal, while the UK has to The Connexion’s knowledge only so far been referred to by European Affairs Minister Clément Beaune and his officials.

None of these changes are as yet mentioned on official French government sites such as the Interior Ministry’s page about rules for entry and exit from France, the French Foreign Affairs Ministry’s travel advice for the UK or the website of the French consulate in London.

However a press spokeswoman for Mr Beaune told The Connexion yesterday the change was confirmed and a decree with immediate force was planned for today (July 16) at the latest putting the new ‘24-hour’ rules into action.

She said today there was no further information on the decree, but that Matignon, the prime minister’s office, was in charge. We have asked Matignon for the latest information and will provide updates if and when they are received.

The first indication of a change to come was on Monday July 12 when President Macron spoke of ‘reinforced’ border checks for those coming from ‘at risk’ countries. The same day Mr Beaune tweeted that Spain and Portugal “will be subject to reinforced surveillance: the test demanded at the departure point must be 24 hours for unvaccinated people”.

Mr Beaune followed this on Tuesday by tweeting: “Reinforced regime also for the UK: for the unvaccinated a test of less than 24 hours at departure is demanded”.

The UK’s France travel advice now states: “On July 12 the French government announced that unvaccinated arrivals aged 11 years old and over are required to present evidence of a negative test taken within 24 hours of departure.”

It comes as today Europe 1 reported on the stress being faced by French holidaymakers in Spain and Portugal who “must henceforth present a test from less than 24 hours before”.

Other media, such as BFMTV and Le Monde have relayed Mr Beaune’s comments in an interview to France Info yesterday in which he said, speaking of Spain and Portugal, “the measure should come into force this weekend”.

He did not refer to the UK.

In view of the UK travel advice, and the lack so far of precision from the French government, it would be prudent for unvaccinated people coming to France from the UK to take steps to obtain a ‘24-hour’ test if possible. An antigen test, giving rapid results, is likely to be the easiest option for this.