Unmasked: the mystery plant-namers of Toulouse 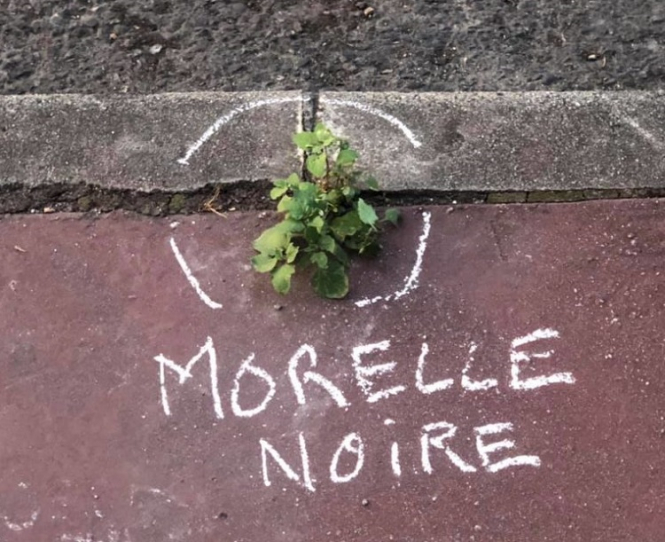 Pesticides have no longer been used in French cities, including Toulouse, in recent years, so wild plants have resurfaced on pavements.

Residents in Toulouse have been spotting the names of them chalked on pavements.

News spread fast on social media, as everyone wanted to know who was behind the idea.

The duo behind the naming have been revealed as botanist Boris Presseq and naturalist Pierre-Olivier Cochard, who both work for Toulouse Museum.

They have been carrying out regular missions to create an inventory of the wild flora in Toulouse city centre.

Mr Presseq told Connexion  that he and his colleague were surprised by the excitement their decision to write names next to the plants they identified on the streets caused.

“We have been doing an inventory of wild plants in Toulouse since 2004 and have now finished, but every year we continue our surveys because there are still forgotten species or new arrivals,” he said. “We are also both committed to educational action and awareness of this urban wilderness.

“During an inventory of a district near the museum, my 13-year-old daughter was there too. The idea came to us of making a simple and fun awareness campaign: writing the names of the plants with chalk on the pavements.

“This had already been done, in particular by Moutsie and the Belles de bitume  in Nantes.”

Some of the comments are just funny messages.

For example, “Nothing” was written in an area with no plants, or “Pigeon” next to lots of feathers and droppings.

“I hope people liked the idea of directing attention to a part of the natural world that often leaves us indifferent and that has the immense merit of growing in spite of us.”

“We will do a new writing operation at the request of a neighbourhood association that plans to create a pavement herbarium between a Metro station and their premises, where an evening will be held based on the plants.

“Otherwise, we will try other ideas for raising awareness of Toulouse’s wild plantlife.”

The rediscovery of nature in the city also raises awareness of biodiversity conservation.

In the Busca district of the city alone, 83 species of wild plants have been recorded.

The plants make the streets of Toulouse cooler as moisture evaporates from their leaves, cooling the air.

The census will soon be completed and the Toulouse Museum will publish the results.