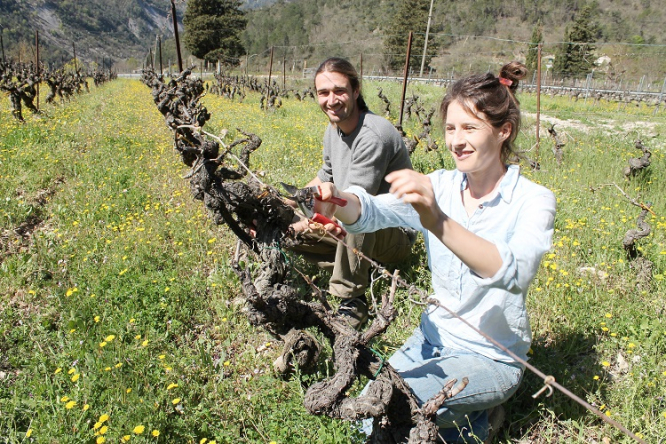 Neighbours provide grapes for a vin solidaire that can help save a vine­yard from collapse while others join to buy grapes and produce a vin de table or similar to boost cash flow.

Spring frost and hail damaged vines from Bordeaux, Charentes and Jura to Alsace, then the drought halted grape growth from Langue­doc to Beaujolais and Corsica – meaning France is expected to produce 17% less wine this year than the average.

In Bordeaux vineyards used helicopters to move air to stop frost settling and candles to provide some heat, but temperatures fell to -5C and some farmers saw almost their entire récolte wiped out, like in Saint Emilion where La Grave Figeac domaine lost 80% of its Grand Cru grapes.

Across the country, in the Alpes-Maritimes, Roch Sassi of Clos Saint Joseph at Villars-sur-Var, lost almost 90% of his harvest to one hailstorm in June and, with a small vineyard of just six hectares that has been in his family for four generations it left him on the brink.

However, he is in an association of 36 vignerons, Rouge Provence, which both promotes lesser-known Proven­çal red wines and helps those in need.

It started after a Cassis farmer’s vines were lost to hail in 2012 and they offered grapes for a special cuvée to help.

Today each vigneron donates about 100kg of grapes a year to be made into wine for sale at the domaines to fund its work.

Mr Sassi said: “This year they helped me first by coming round to see me and offering meals but I was also offered grapes, enough to make up half of my lost harvest. A life-saver!

“Through Rouge Provence I can pay to transport the grapes and this will let me have the pleasure of making wine this year. It is scarcely believable.”