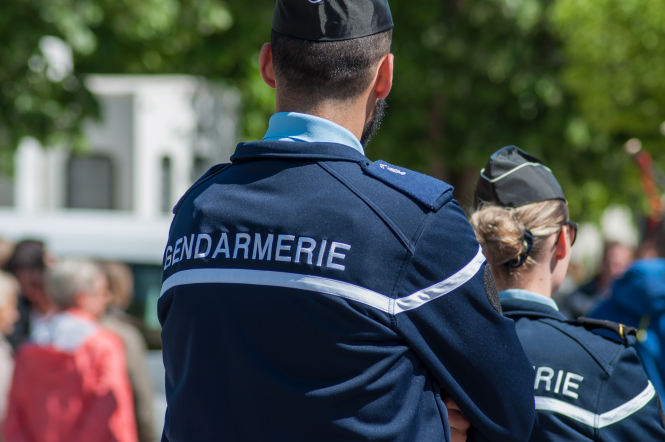 Violent clashes between party-goers and gendarmes in Brittany occurred over the course of Friday night and Saturday morning (June 19), after gendarmes attempted to break up an unauthorised rave gathering over 1,000 people.

The party took place in a field near to the town of Redon, which is about a one-hour drive north of the city of Nantes in the department of Ille-et-Vilaine in Brittany.

More than 400 gendarmes were deployed to break up the party, but were met by a violent push back from some attendees at the rave. Reports have put the number of people at between 1,000 to 1,500.

Emmanuel Berthier, the prefect of Brittany and Ille-et-Vilaine, said that when the gendarmes attempted to break up the unauthorised party, they were “confronted with very violent individuals who threw molotov cocktails, pétanque balls and pieces of breeze-block at them”.

He said that five gendarmes were injured and two were taken to a nearby hospital.

A 22-year-old man also lost a hand during the clashes, Mr Berthier said during a press conference that took place this morning (June 19).

It is not known yet how the accident occurred, but the man is said to have gone to hospital by his own means, France Bleu reported.

Mr Berthier described the violence as utterly unacceptable and said clashes lasted for over seven hours.

The gendarmes deployed tear gas in an attempt to break up the party.

Mr Berthier said that the party had not been authorised due to Covid-19 restrictions and the national curfew, which is in place between 23:00 and 06:00 but is set to end tomorrow (June 20).

Remy Buisine, a journalist for online media outlet Brut, posted a video of the clashes on Twitter, showing a field filled with tear gas.

Clément Lanot, a freelance journalist who was present at the event, said that despite the intervention by the gendarmerie, the party still went ahead with many people in attendance.