Warning to beachgoers over fast tides today on French coastlines 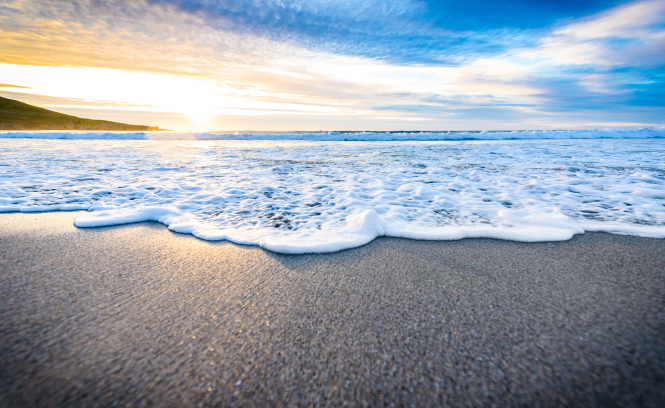 A tidal coefficient of 108 is predicted along the coastlines of western and northwestern France.

Tidal coefficients measure the size of a tide in relation to its average height, ranging from 20 to 120. A rating of 108 means that the water will recede a long way, before rising more quickly and further up the shore than it might normally.

Today’s more extreme sea levels are the result of a so-called ‘spring tide’, which comes just after a new or full moon, when there is the greatest difference between high and low water.

Several prefectures, including those of Manche, Finistère and Calvados, are encouraging those deciding to fish, swim in or walk alongside the sea today to be especially aware of the progress of the tides so that they do not become stranded by the rising water.

A tidal coefficient of 108 means that the sea ebbs and flows over more than 100 metres, depositing shellfish and crustaceans for people fishing from the beach.

However, while poring over the bounty of different rock pools, people can easily lose track of the tide.

“The first thing to do is to make sure that you consult the tide tables; that is extremely important,” said Philippe Capdeville, a Calvados coastguard.

“After that, it’s a question of common sense: when the sea begins to rise, you should move back up [the beach] and avoid fishing for too long, especially in isolated spots.”

Calvados’ prefecture advises people to begin walking back up to the top of the beach within an hour of low tide, and to identify landmarks which will help them to track the rising water levels.

If you encounter difficulties, you can call the sea rescue service on 196.

Calls for ‘swimming licence’ to reduce number of drownings in France