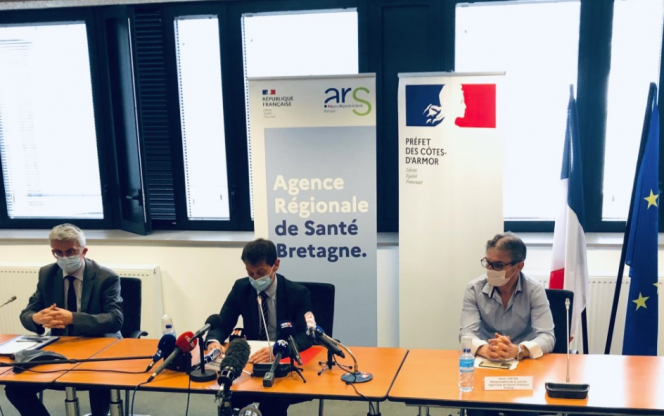 France must keep a close eye on new Covid-19 variants, which are a ‘new challenge’ in the pandemic fight, the French academy of medicine has said.

In a statement, l’Académie de médecine warned that it was important to keep track of the new variants of Covid-19 “which crop up independently in different parts of the planet. The emergence of multiple variants constitutes a new challenge in the fight against the pandemic, as vaccinations are being developed across the world.

“The take-up of these variants will be faster in immunosuppressed patients, within whom infection is longer and viral loads are higher.”

Globally, the major variants causing the most concern are those first discovered in the UK, South Africa and Brazil.

In France, the UK variant is suspected in 66% of cases, and the South African and Brazilian in 5% of cases - and as many as 45% of cases in Moselle.

The statement also warned that the South African and Brazilian variants appear to be more resistant to vaccines.

It said: “The impact of these newly-dominant variants across the current epidemic landscape remains to be seen, but we must already consider several threats: as well as their more contagious nature, it seems as though the South African and Brazilian variants - which have the same mutation - have the capacity to elude, at least partially, the immune response induced by vaccination.”

The Académie called for “vaccination coverage as fast as possible”, but also reminded the public that barrier gestures were still needed to avoid the spread of variants.

It also called for countries to step up their sequencing of variants, “to maintain a permanent watch over human and environmental [waste water] samples” in order to cross-reference genetic analyses with “international epidemiological data".

It comes after the eight patients discovered to have contracted a new variant of Covid in a cluster near Lannion in Côtes-d’Armor in Brittany have all died.

The situation is “under close surveillance”, the DGS said. According to the latest figures, 79 cases were detected on March 13 as part of the Brittany cluster, of which eight patients were found to be infected by a new type of variant, dubbed “20C”. All eight of these patients have now died.

Yet, regional health agency l’Agence Regionale de Sante has said that “no link has [yet] been established between these deaths and the new variant”. The patients may have died anyway, even if they had not caught the variant version of the virus, it said, with investigations continuing.

The variant is under close watch, largely because it appears to not be picked up by standard PCR tests. In the Lannion hospital, several patients had clear Covid symptoms, but their PCR tests came back negative.

Their infection with the Covid variant was only picked up following further tests, including RT-PCR tests and blood work.

Doctors have said that they are not considering the 20C variant as “worrying” so far, but they are investigating why the infections did not show up on the original PCR tests.