We’re getting closer to a deal, says former UK ambassador 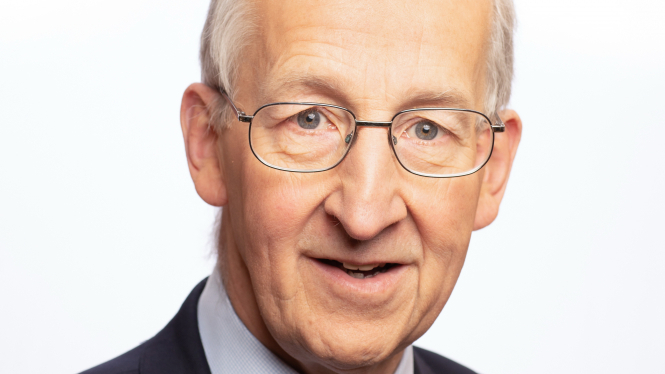 Former UK ambassador Lord Ricketts says a deal is close. but one that'll sit on the hard side of the spectrum
By Connexion journalist

Lord Ricketts, now a crossbench peer, told Connexion many experts had “expected some moment of drama, followed then by a decision to go ahead and a final push for a deal – which is what we had”.

He said: “I believe we are quite close to a deal in the next weeks, though it won’t cover all issues and will still mean quite a distant relationship.

“It will be on the hard end of the spectrum but still an agreement, which is a good thing.

“One can’t be sure, but I think we will get one and, with the Covid crisis, the government can’t afford to also have a hard break with the EU and pile more pressure on business.

“No-deal would mean a lot more border chaos and tariffs on goods and more controls.”

He added: “The EU are in the stronger position – they are bigger and have been more organised and have had clearer objectives, and Britain has had to spend some time retreating and accepting their positions.

“But I think we’re getting there and, from the point of view of Britons in France, it’s better to have a deal than not. And with a deal you can add to it over the years and put things back over time. A no-deal with an angry divorce would be worse for everyone.”

The deal is expected to include such wide-ranging elements as whether future British expatriates would have their UK state pensions uprated annually, and whether UK travellers would still be able to have reciprocal healthcare measures when visiting France.

“All these rights protections will be less good if there is no deal,” Lord Ricketts said.

There has been controversy over the UK’s new Internal Markets Bill, which the EU judges to infringe aspects of the Withdrawal Agreement treaty, which governs rights of existing expatriates. Britons are now applying for residency cards based on it (see opposite page).

However, Lord Ricketts said he believes the problems will be ironed out if a deal is signed.

“As far as I can see, that agreement is very secure and a future framework agreement will give an extra layer of reassurance that the UK and EU continue to have a relationship and things can improve over time.

“The idea the government could override parts of the WA relating to Northern Ireland has created a huge storm of opposition, including in the Lords. I don’t think they will ever use those parts of the Bill, and they don’t touch on citizens’ rights.”

Lord Ricketts said he expected certain matters to be finalised at the last minute, such as aviation rules and data policies.

Regarding travellers, he said the UK had now legislated to allow EU citizens to enter via electronic passport gates.

Read more: Can Britons use fast EU passport lanes in 2021?

“It was reassuring there will not be lots of extra processes at the border. I hope the EU countries will reciprocate.”

Lord Ricketts said Britons coming to live in France from next year will face more paperwork and must inform themselves of the requirements.

“It will be less easy, which is unfortunate, but it is a fact of life that, outside the EU, both sides will apply tougher rules to those wanting to move to work and live.

“It will need more careful thinking about but it won’t be impossible to come.”