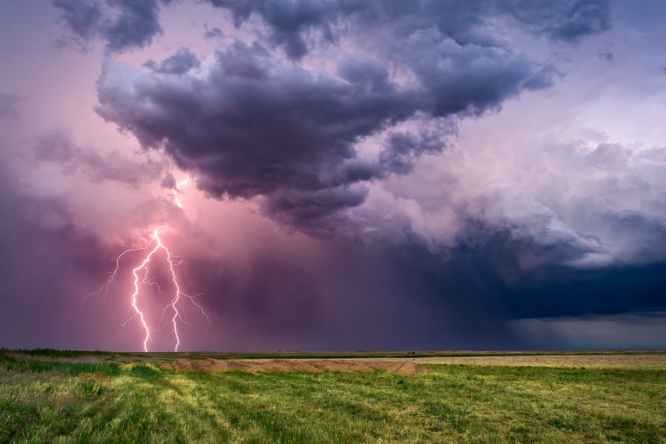 Its orange weather alert - the forecaster’s second-highest - urges residents in those departments to ‘be very vigilant’ of the impending weather conditions. A further 67 departments are currently on the less serious ‘yellow alert’ for storms.

Up to 30mm of rain could fall per hour, meteorologists said, with the storms forecast to hit between 14.00 and 18.00.

Two of those departments - Puy-de-Dôme and Allier - have been on orange weather alert for storms since Sunday, while Loire and Rhône were added in the forecaster’s early morning update.

Météo France said that this latest thunderstorm activity would decrease overnight when, it said, it expected to be able to lift its weather alert.

18 hours ago
3
Why are Covid cases in France still higher than in most of Europe?