What are the new Covid rules in France from tomorrow? 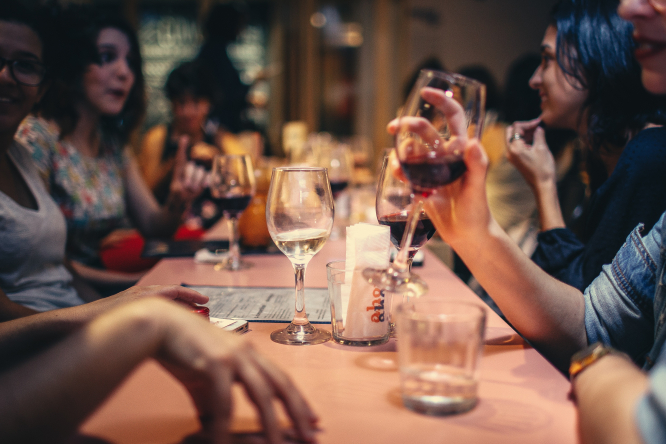 The ‘rule of six’ will be introduced in restaurants, along with other health protocols.
By Joanna York

In a speech on Wednesday night (October 14) President Macron announced curfew measures for nine cities in France, as well as new Covid protocols that will apply to the rest of the country.

We explain what will change from tomorrow (October 17) everywhere in France.

France will return to a state of national health emergency

France enters a new state of health emergency tomorrow, giving the government increased powers to enforce measures to stop the spread of the virus. These could include further local confinements and limits on travel.

The previous state of health emergency announced at the start of the health pandemic in France, lasted nearly four months, ending on July 10.

The ‘rule of six’ advised

The President has asked people in France to limit private gatherings to no more than six people.

The rule of six is intended to apply in private spaces where mask-wearing is not mandatory. As mask-wearing is mandatory in workplaces, groups larger than six can meet if necessary at work, although doing so is not advised.

The rule of six will also be implemented in restaurants, with six now being the maximum table size. Other health protocols to be introduced include having hand sanitiser on tables, and registering customer names and contact details to facilitate contact tracing.

Other public spaces with seating, such as cinemas and theatres, must leave every other seat empty.

Prime Minister Jean Castex has announced that private parties in venues that welcome the public are banned due to the state of health emergency.

This includes marriages and student parties - although, for marriages, the rule will not be implemented until after this weekend (October 17-18).

Working from home is being advised, rather than ordered, by the government, with the president encouraging at least “two or three days of remote working per week” if possible.

On Thursday October 15, businesses were encouraged to advise employees of a minimum number of days they could work from home each week. In the public sector, employees are to be given a schedule with at least two or three days of home-working each week.

The StopCovid app gets a makeover

The new version of the StopCovid app will be launched on October 22, renamed "Tous Anti-Covid" (Everyone against Covid).

The President said the first version of the app “did not work” as not enough people used it. It is hoped more people in France will download and use the updated version.

Covid-19 testing to speed up

The President promised a new strategy for testing in France to “drastically reduce waiting times”.

He said new techniques such as rapid antigen tests (which take 15-30 minutes to show results) and self-testing would be introduced.

Health consultation group le Ségur de la santé has suggested pay rises up to €93 per month for some health workers in hospitals and elderly care homes should come into effect before the end of the year, according to the prime minister.

Health workers in hospitals and elderly care homes received pay raises of up to €90 per month in September 2020, and were expected to receive a pay re-evaluation in March next year. In the circumstances, this has been brought forward.

Financial aid for people on RSA and ALP

People who receive RSA or ALP benefits will receive a one-off support payment of €150, with an additional €100 for each child.

Coronavirus: How close is France to a vaccine?

Will a night-time curfew help fight coronavirus in France?