What is the origin of France's July 14 bal des pompiers? 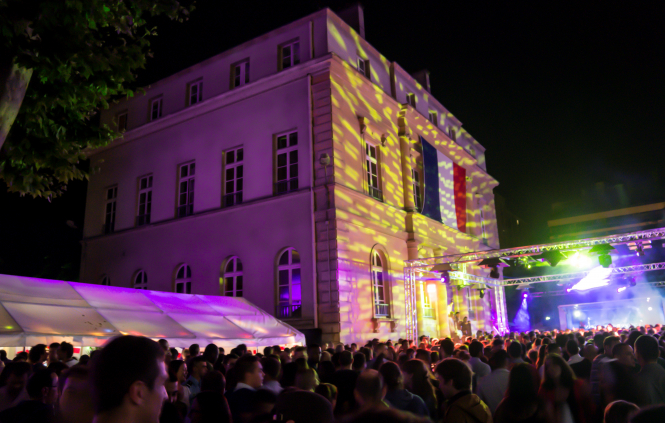 Sadly many of these have been cancelled this year due to the pandemic, but most years they are a mainstay of the celebrations for what English-speakers refer to as Bastille Day, July 14. The day marks the storming of the Bastille prison in Paris, one of the first stirrings of the Revolution which led to the end of the absolute monarchy and the beginning of the Republic.

But what is this origin of this dance tradition and why is the fire service involved?

Origins of the tradition may go back to the early 19th century, according to one pompiers’ site which identifies occasional parties at fire stations as having started linked to a decision by Napoleon to have a festival marking his birthday. The site adds that such events reverse the usual relationship of the fire service and public: They normally meet because of a tragedy, whereas on these occasions it is to have fun.

However the official version is that the first real ‘bal des pompiers’ was in 1937, connected to the fête nationale.

According to the Ministry of Defence website, it took place in the Parisian district of Montmartre when members of the public started following a group of firefighters on their way back to their fire station from a July 14 military parade.

One fireman asked his superiors if they could show the public around the fire station.

It was such a success that it caught on as a tradition in local stations and then nationwide, originally with displays of gymnastic prowess and firefighting simulations – and then with the addition of more entertainment such as a bar for drinks, feux de bengale (a brightly flaming stick) and dancing.

With the exception of World War Two and disruptions due to Covid, the tradition continues every year with music and dancing until the end of the night.

The dances are often inside the fire station itself or in the courtyard.

Here is one French expression using the word bal – ball, though not necessarily related to tonight’s dances.

It literally means ‘direct the dance’ and is now often used in other contexts to mean ‘to run the show’.