What's new for residents in France from July 2021 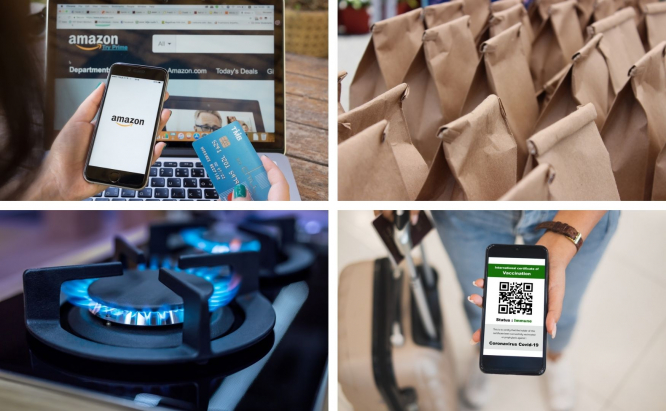 As health restrictions in nearly all public spaces in France were lifted yesterday (June 30), July brings the possibility of easier overseas travel in Europe with the full  launch of the digital EU health travel pass.

Other changes this month include rising gas prices, changes to financial aid for electric cars and eco home renovations and possible new rules for working from home.

From today (July 1), health passes for European travel will come into use in all EU member states and four non-member states in the Schengen zone: Iceland, Lichtenstein, Norway and Switzerland.

Health passes show that the bearer has either been fully vaccinated against Covid-19, has a negative test result taken in previous days or has already had the virus and is considered immune.

The aim is to ease travel between member states but this does not guarantee entry with no other conditions to a country. Countries are also free to impose their own entry criteria on travellers.

Regulated gas prices will go up by 9.96% on average from July 1.

The increase comes as natural gas prices around the world rise, but is also linked to energy saving certificates that French providers must fund in order to meet government objectives.

Doggy bags to be obligatory in restaurants

Restaurants in France must now offer doggy bags (containers for leftovers) to diners who do not finish their meals in order to reduce food waste.

Containers for taking food home should be reusable or recyclable. This was previously recommended but not obligatory.

Second-hand bikes should be marked with identification number

Any second-hand bicycles sold by professionals should now have been marked with a unique identification number.

These numbers are stored in a database, so owners are more easily identifiable.

Italian train company Thello has closed down two lines it had been operating in France.

The Marseille to Milan service, which passed through Nice and Monaco has now closed, and the suspended Paris-Milian-Venice service will not restart.

New long-distance coaches that enter service must now be equipped to take up to five bikes in a space at the back.

E-commerce sites are now eligible to pay VAT for some transactions.

The reform was due to be introduced in January 2021 to combat e-commerce VAT fraud but was pushed back due to the health crisis.

VAT will now also be applied to all imports from countries outside the EU whatever their value. Previously it only applied to goods costing over €22.

This could drive up prices on sites such as Amazon where sellers based in Asia, for example, have previously been able to avoid paying VAT on low-cost goods, or those declared as such.

Read more: Price of online goods from outside EU to rise in France VAT crackdown

State aid for buying electric cars to go down

Financial support for buying an hybrid car will also go down to €1,000 before being phased out in January 2022.

And aid for converting cars will only be available for new petrol-engine cars (not diesel) with a Crit’Air 1 rating, and second-hand cars that emit a maximum of 137 grams of carbon dioxide per kilometre.

MaPrimeRénov financial support for energy-saving home renovations is now available to landlords, for up to three properties.

Work with a quote signed for after October 2020 is eligible, and can be claimed for online.

Civil servants return to the office

From today French civil servants will only be able to work at home for two days a week, instead of the three days previously allowed.

The rules will be reassessed in September.

This comes as the government has encouraged employers in France to set limits for the number of days employees can work from home each week.

Professionnels libéraux (such as doctors, notaires, architects, etc.) will be covered for sick leave for up to three months, with only three unpaid days as opposed to 90 unpaid days currently in place.

Social contributions paid towards this cover will be between €50-370 per year calculated in line with individual wages, for an allowance of €22-169 per day for up to three months per leave period, and up to four leave periods within three years.

Home buyers or tenants can now take legal action against those selling or renting out property if the DPE energy efficiency certificate provided is found to be inaccurate, eg. if the home is significantly less energy-efficient than was advertised.

Read more about the change here.

If you buy consumer items such as a vacuum cleaner, drill, smartphone etc. the till receipt must now show your legal guarantee period of two years. This relates to the garantie légale de conformité, meaning it should be free of faults making the item unusable for its purpose. It should be replaced or repaired if it stops working or does not work properly.

Unemployment benefits will go up by 0.6% for 94% of recipients.

Despite government plans to change how unemployment benefit is calculated, the current system will stay in place until September.

However chômage partiel put in place for employees who were unable to work during the health crisis will go down to 60% of gross salary (72% of net salary), as many can now get back to work.

Workers in sectors highly impacted by the crisis (such as tourism and events) or still closed for health reasons will continue to receive unemployment benefits equivalent to 84% of their net salary until August 31.

Leave is available for fathers and other 'second parents' (ie. not the mother of the child), with three days for the birth paid for by an employer and 25 paid for by social security.

Multiple births such as twins or triplets mean an extra seven days.

A new law decrees that internet streaming platforms such as Netflix must now invest 20-25% of their turnover made in France in the French and European film and audiovisual (television, radio...) industries.

The breath tests should be displayed near alcoholic products, and stores must carry 10-25 tests depending on how much alcohol they stock.