What’s new for residents in France in June 2021? 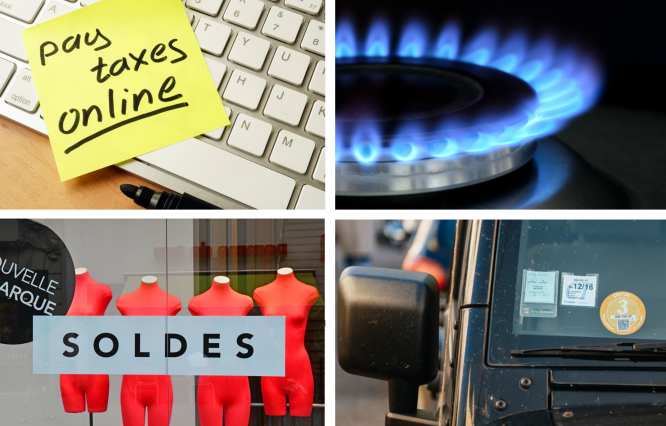 A new month always brings new conditions for household budgets and other laws in France. We summarise key changes from June 1.

The Commission de régulation de l'énergie said that the rise in prices was partly due to a rise in demand from Asia and South America and a rise in price for CO2 emission quotas in Europe.

Last day for online tax returns for some departments

If you live in departments numbered 20-54, you have until midnight (June 1) to declare your online tax return for revenue related to the year 2020. After this, you risk penalties.

Residents in departments 55-976 have an extra week with the deadline being June 8.

The deadline for paper returns across France and the declarations of non-residents has now passed.

Summer sales for shops (Soldes) will now begin on June 30, not June 23, the Economy Minister confirmed this week. The sales will last for four weeks.

This delay is due to “the economic consequences of the Covid-19 health crisis on shopkeepers”, the government said.

These vehicles will have a Crit’Air 4 category sticker. Yet, sanctions for breaches of this rule - a fine of at least €68, decided by video – are not set to be applied before the end of the year.

Double authentication for almost all payments

Almost all online payments should now be subject to ‘double authentication’, meaning two proofs of identification will be required when making a purchase.

These might include a password or secret word, a text to your smartphone, or a biometric check (fingerprint, voice, or facial recognition).

Businesses have until June 15 to adapt their systems.

Access to the Visale (Visa pour le logement et l’emploi) is set to be extended to all workers earning less than €1,500 net per month. This applies to 6 million people, the government has said.

Visale is a free benefit to help eligible people rent a main home, whether furnished or not, if the cost of the home is no more than €1,300 (or €1,500 in Ile-de-France) per month. It guarantees the landlord will receive rent and bill payments.

It was previously only available to people aged under 30, and workers aged over 30 under certain conditions.

Newly-eligible people will be granted access to the online request platform by June 3 or June 4 at the latest, Housing Minister Emmanuelle Wargon has said.

The rules of chômage partiel - partial unemployment benefit paid by the government during the Covid-19 crisis - are changing. Up until now, workers received 84% of their net salary. From June 1, that will reduce to 72%.

However, three industries will be granted an extension due to the severe impact of the pandemic: hospitality, restaurants and events.

End to pause on winter evictions

The ban on winter tenant evictions (and the cutting off of electricity and gas) had been set to end from March 1, but this was extended to June 1 due to the health crisis. Evictions can now legally restart.

Charity la fondation Abbé Pierre has said that 66,000 people now risk homelessness. Housing associations and charities had called for the extension to last until July 20.

The government has called for a “gradual transition” this year, however. In a statement from the end of April, it said: “If an eviction has to take place, it should be accompanied by the offer of another place of accommodation or, if not, extra time for another solution to be found.

“The most vulnerable households, from a health or family point of view, will be allowed to stay…[and the state] will quickly compensate any owners impacted for the sums of money they can legally request.”

Borders with Algeria to open

After a year of closure, the airline borders to Algeria from France are now open. Passengers will be required to pay for Covid testing upon arrival, and to quarantine for a mandatory five days in a hotel chosen by authorities.

After five days, passengers will be required to take another PCR test. If it is positive, they will have to continue quarantining for another five days.

From June 1, Google will limit the storage for Google Photos to 15 GB. Users in France can increase their storage amount to 100GB for €20 per year or €2 per month.

The online video platform is changing its user conditions from June 1. Adverts will appear before all videos played, regardless of whether the channel is monetised. Non-monetised channels will not receive any income for the adverts played before their content.