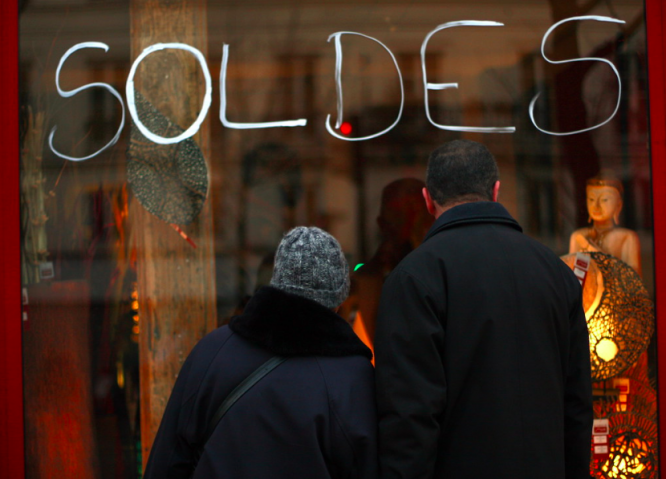 The January sales in France will be delayed in 2021, due to the Covid-19 epidemic
By Joanna York

This January will see changes in France including rising costs for gas and stamps, increased coverage for hearing aids and changes in benefits for families and students.

On January 1 Brexit will also come into effect, meaning changes for British residents in France and French businesses that frequently trade with the UK.

January 1 will see the next phase of Brexit begin. As politicians in the UK and the EU have now agreed a deal, companies and individuals can better prepare for what the new relationship between the UK and France will mean for them.

Detailed information is available (in French) on the site brexit.gouv.fr

Winter sales in France will start on January 20, instead of January 6, in light of the Covid-19 health pandemic.

Sales will last for four weeks, until February 16.

Gas prices will rise once again, this time by 0.2% on average on January 1.

This represents a rise of 0.1% for households using gas for cooking, 0.1% for cooking and hot water and 0.2% for heating.

Meanwhile prices for stamps will rise 5% on average from next month. The price rise, which equates to around 10c per stamp, will apply to stamps for lettres prioritaires, lettres vertes, écoplis, lettres suivis and lettres recommandées R1.

4. Bike marking to protect against theft

New bikes must have identification markings from January 2021.

Each bike will be stamped with a unique identification number, which will also appear on proof of purchase documentation, to help protect against theft by making it easier to trace stolen bikes and prove ownership.

The scheme will be extended to second hand bikes sold by professionals from July 2021.

5. Some hearing aids to be fully reimbursed

Social security reimbursements for hearing aids are changing. From January, models included in the 100% santé package will be fully reimbursed, up to a limit of €950 for people aged over 20.

Assurance maladie will cover €240 of costs with €710 covered by mutuelle providers.

6. New housing must have walk-in showers

New regulations state that new homes including ground-floor flats and individual homes in housing developments or that are going to be rented must have walk-in showers installed to make them accessible for people with disabilities. Homes with more than one bathroom must have at least one walk-in shower.

The rule will apply to flats accessible by lift from July 2021.

All platforms offering rented accommodation for tourists must state whether the property is owned by an individual or a professional company from January.

9. Benefits for housing, families and students going up

From January, housing aid APL will be calculated using revenue from the past 12 months, instead of income from two years prior.

Family benefits, allocations familiales, will also go up by 1%. The amount each family is eligible for depends on the combined family income and the number of children under 20 in the family.

Scholarship students will be eligible for further reductions on reduced-price meals in university restaurants and cafes. Meals normally available for €3.30 will now cost €1 for eligible students.

Drones will be subject to new EU rules, categorising them into three types based on weight: under 250 grams, under 900 grams and under four kilograms.

Weight classifications will define flight permissions, and whether or not a pilot’s test must be taken before the drone can be flown.

News in brief for France in January 2021

Travel form for Britons moving to France before end of year