Which French M&S stores are to close - and which will stay open? 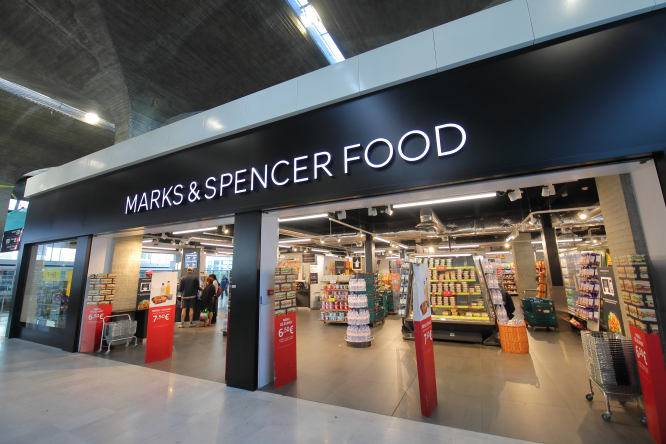 M&S will be closing 11 of its French stores, while nine – including this branch in Paris’s Charles de Gaulle Airport – will remain open. Pic: TK Kurikawa / Shutterstock

Marks & Spencer announced yesterday (September 16) that it would be closing 11 of its French stores by the end of this year because of stock transportation delays caused by post-Brexit border controls.

The closures concern the M&S Food shops that were run with French partner SFH Invest.

The remaining nine stores, which are located in travel hubs such as airports and stations and run by M&S’ other partner Lagardère Travel Retail, will continue trading.

The stores set to close are all situated in Paris in the following locations:

Branches will remain open in:

M&S chairman Archie Norman recently stated that “draconian” French border controls made it very difficult for the retailer to maintain supply of fresh food – including sandwiches – in its shops.

Mr Norman has previously said that M&S’s sandwiches were “very popular” in France, and were exported across the Channel every day after being produced in a huge factory in Northampton.

They only stay fresh for about 48 hours, and so the introduction of post-Brexit customs checks means that up to one third are now reaching their best-before date before they arrive in France.

The Connexion has approached M&S and Lagardère to ask why their sandwiches are still imported to France rather than being produced in the country.

Lagardère said: "M&S offers exclusive recipes and works with long-standing suppliers. They’re not ready to share those recipes nor to change suppliers.

In an interview with the Financial Times in 2018, Mr Norman did consider setting up a French sandwich production site following Brexit, but questioned whether it would be economically viable.

M&S: Brexit customs issues are forcing us to review our French stores

1 day ago
4
France considers petrol cheques: What are they, who would benefit?