Cookie Consent by FreePrivacyPolicy.com Which areas of France could go into lockdown next and why French News and Views in English | The Connexion
13 may 2021
Classifieds Currency exchange Newsletter
Login Register BASKET
Facebook Twitter

Which areas of France could go into lockdown next and why 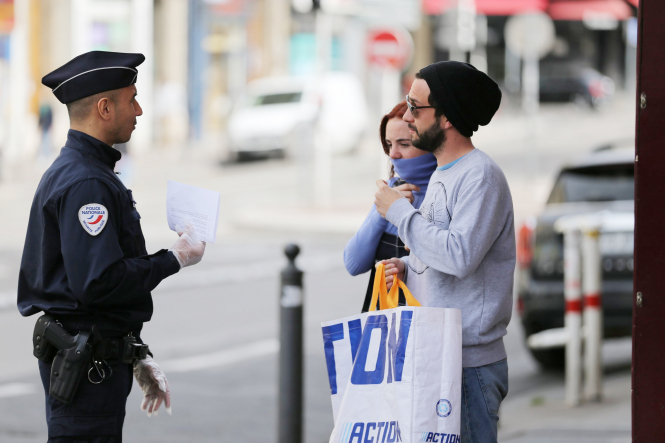 Stricter lockdown measures were introduced in 16 French departments on March 20 - now, as Covid cases continue to rise in France, the rules could be extended to more areas.

While the government has not so far announced new restrictions, Health Minister Olivier Véran said in an interview with le Parisien on Sunday, March 21 that the coming weeks would be “difficult” in France as “the curve is rising”.

He said: “Except for the Atlantic coast and maybe Corsica… We fear that the other regions will soon move into a very difficult situation with the surge of the UK variant.”

When Prime Minister Jean Castex announced the stricter measures on March 18, he said that they could be extended beyond the 16 departments depending on the spread of the virus.

Which figures decide when departments are subject to the stricter measures?

The government has not given specific criteria but there are two key indicators:

The rate of incidence

This means the number of positive cases per 100,000 inhabitants over the past 7 days. The “alert threshold” is generally fixed at 250.

The rate of occupation in intensive care

This means the number of Covid-19 patients in intensive care beds, relative to the number of beds that were available in December 2019 (so as not to include extra beds created to help manage the pandemic).

If this rate rises over 100%, patients must be transferred to other hospitals and even other regions, as has happened in Ile-de-France in recent weeks.

The following departments are not in confinement but have a rate of incidence over or close to 250:

The Alpes-Maritimes department in Provence-Alpes-Côte d’Azur is one of the 16 already subject to the new stricter measures - now other departments in the region may follow suit.

The rate of occupation in intensive care is also at or over 100% in all three departments.

In neighbouring Gard, Occitanie, the incidence rate is 295 and occupation in intensive care is at 102%.

In the Grand Est region, cases are soaring in the department of Aube, with the incidence rate reaching 441 – the highest rate for any department that is not yet subject to the new, stricter rules.

Hospital occupation is also high in the department at 125%. In the same region, Moselle has an incidence rate of 291 and occupation in hospitals is at 114%.

In Rhône and Haute-Savoie, in the Auvergne Rhône-Alpes region, hospital occupation is at 97%, but the rate of incidence is well over 250 in both departments, at 375 in Rhône and 293 in Haute-Savoie.

In Bourgogne Franche-Comté, there is a mixed picture in three departments.

In the same region, Doubs has an incidence rate of 273 but high hospital occupation, at 120%.

Incidence rates are also high in two departments that share borders with north-eastern departments already in confinement, Eure-et-Loir (325) and Orne (282).