Why are there so many flies in southwest France now? 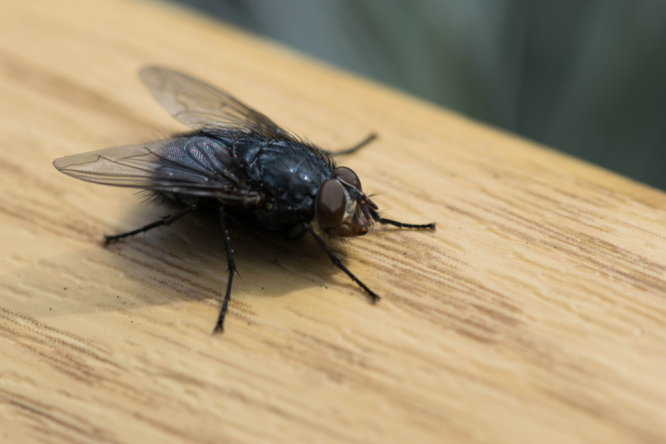 Insect expert: "With the stifling heat of the last few days before periods of storms...the proliferation of the insect is higher" Pic: Wael Alreweie / Shutterstock

High numbers of flies have been reported in Lot-et-Garonne this year, which insect experts say is due to the extreme weather across the country in recent weeks.

Michel Collin, from insect expert agency le Bureau d'Etudes en Entomologie, told La Dépêche: “If you find you have lots of flies at home, it’s a sign of storms to come.

“With the stifling heat of the last few days before periods of storms, maggots develop more quickly and therefore, the proliferation of the insect is higher.”

Weather, in general, has a significant effect on the numbers of insects we see, especially as rising heat causes fruit to develop and rot.

An increase in flies is also more likely in more rural areas, or homes that are closer to animal sheds or farms.

Mr Collin said: “It is possible that an animal is decomposing somewhere, or you’re near a stable or a grain silo.”

He explained that everything that we might find repulsive, such as smells, faecal matter or decay, is attractive to flies. Rising heat and thunderstorms can also cause them to gather.

Yet, Mr Collin sought to reassure people that the effect is usually temporary.

He said: “Flies don’t have time to reproduce in this context. And there are no major health risks with flies. However, we must check what kind of fly it is.

“We might sometimes see horseflies for example, and these can be dangerous. Bloodsucking flies can bite you and you will get a rash.”

Such ‘bloodsucking’ flies are suspected to have proliferated in Aube and Marne, Grand Est, with increased numbers of people reporting bites that cause intense redness, scabs, and itchiness for up to a week or more.

In contrast to mosquito bites, however, they do not appear especially inflamed.

Workers in vineyards appear to be particularly badly affected, but the phenomenon has been seen in towns just as much as in rural areas.

One local resident, Françoise, who lives near a forest in Champillon, Marne, told France 3 Grand Est: “The bites have a little hole in the middle of a spot, which bleeds, and becomes a little scab within about two days.”

“It’s similar to when my children had chickenpox. When it healed, they had these kinds of little pimples with scabs.”

However, insect experts have said that these may not be due to horseflies, entomologist Christophe Brua, from la Société Alsacienne d'Entomologie, suggested that these kinds of bites and rashes could be caused by small midges, or pine processionary caterpillars, which are becoming more and more common in France, especially in the south.

He said: “The hairs of processionary caterpillars can fly in the wind. They can be highly irritating to the skin, and remain so for a long time.”