Why is losing a pet so hard? 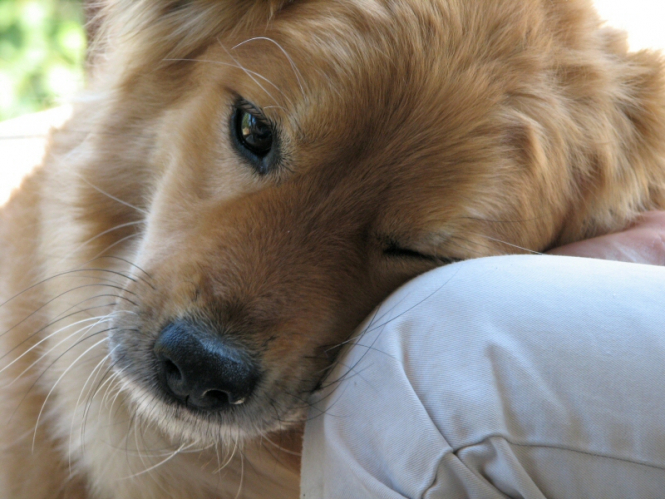 Paris-based Frantz Cappé has been a vet for 22 years. During that time he has often come face to face with the pain owners feel after losing a beloved pet. It’s the reason behind his new book, ‘Mon chien, mon chat va partir’, out Thursday which, based on his experiences and discussions with the psychiatrist Christophe Fauré, aims to be a guide for owners as they prepare to lose a pet.

After a call to contribute on the subject of losing a pet by the website 20 Minutes, comments flooded in. Cappé was not surprised. He talks of observing that the leaflet most picked up in his waiting room is the one about mourning the death of an animal.

In the comments, dogs and cats are described "as members of the family".

"It has been almost two years and I have not recovered", says Nathalie who talks of the loss felt since the death of her dog.

The book asks whether we find it harder to lose a pet now, compared to previously. Traditional communities in more rural settings used to still form very strong bonds with animals, including those who worked in the slaughterhouse, says the sociologist Dominique Guillo, but even so there was a level of distance. Dogs lived outside for example.

This distance is not so realistic these days, with pets living in such proximity to us, particularly in cities.

In exploring why it is so hard to lose a pet the book goes on to put forward the possibility that animals are nicer now. This could be because their psychology has evolved due to close contact with humans who interacted with them positively, says Dominique Guillo. In other words, they are nicer, which facilitates them becoming integrated into the family unit.

In the comments received by 20 Minutes many people speak of the difficulty they have in expressing their sadness following the loss of a pet, as other people will say things like ‘it’s only a dog’… or ’just get another one’.

In some countries, such as the US or Canada, companies actually allow employees to take time off following a pet bereavement, but not in France.

On 20 Minutes Eloïse says she had to hide her sadness after discovering her cat had died while she was in work. "I was afraid people would think an animal does not merit so much grief”.

Cappé approaches this point in his book, even going so far as to outline how people should respond to someone who has just lost a pet.

“Meaning well, people often tend to play down the loss of the animal", says commenter Michel Fize, who would like to see a vocabulary where we could express ourselves without shame on the loss of an animal.