Why the Alec Baldwin accidental shooting could not happen in France 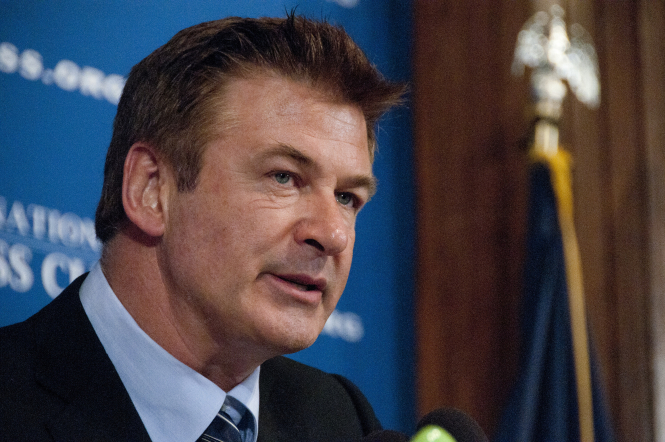 The director of photography on an in-production US film called Rust was killed last week (October 21) after a gun that actor Alec Baldwin was using fired off a live round.

This type of incident is extremely rare in the US, but laws in France mean that guns used on sets are unable to fire live ammunition, making a similar incident in France less likely to occur.

Cinematographer Halyna Hutchins, 42, was killed and director Joel Souza, 48, was injured while filming new western film Rust. Mr Baldwin was rehearsing for a scene and pointing a gun at the camera when it discharged a live bullet. He had been told the gun was unloaded, court documents say.

In the US, the usual gun protocol for films is that weapons should be closely managed by licensed armorers, cast members should be trained in gun safety and live ammunition should never be used on sets, the New York Times reported.

In the case of Rust, “protocol had to have been broken”, said Daniel Leonard, an associate dean at California’s Chapman University film school and a specialist in set procedures.

“We will have to see what the details are, but the industry has a very specific set of guidelines to follow to prevent something like this from happening,” he told The New York Times.

In France, guns used on film sets are by law unable to fire live ammunition.

Christophe Maratier, director of Maratier, a French company that specialises in renting weapons and costumes to films, told Le Point that he was devastated for the victims and the people involved in the filming of Rust.

He said that in France and in Europe, all weapons that are used in cinema must be made incompatible with firing real bullets. Furthermore, even these guns are still restricted under the same laws that apply to inadapted guns.

Once a gun has been modified to no longer fire real bullets, it cannot be changed back.

1-
There are no words to convey my shock and sadness regarding the tragic accident that took the life of Halyna Hutchins, a wife, mother and deeply admired colleague of ours. I'm fully cooperating with the police investigation to address how this tragedy occurred and

An investigation into the incident on the set of Rust is ongoing.

French film armourer Guillaume Delouche, who has worked on big Hollywood movies including Jurassic World and Fast & Furious 7, said that for an incident such as the one that happened last week to occur, there had to have been a catalogue of mistakes.

“Usually it happens when real bullets are introduced on a set,” he told Ouest France.

“But real ammunition has absolutely no place on a film set because dummy bullets are also used, which could be mistaken for them.”

The last accidental killing by a gun on a film set in the US was in 1993, when actor Brandon Lee, Bruce Lee’s son, was killed when a bullet that was lodged in the barrel of a gun was discharged along with a blank cartridge. He died while making the film The Crow.