Will I be able to see August’s shooting stars from my area of France? 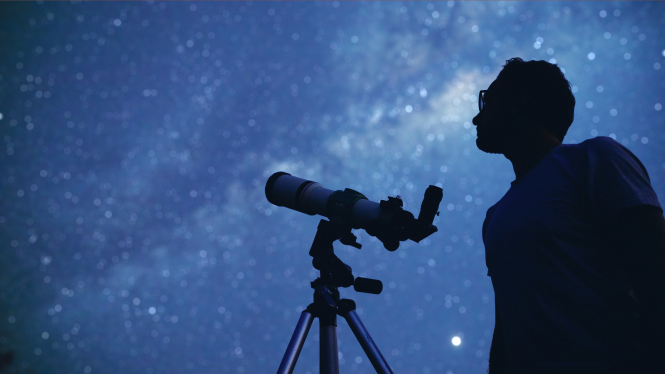 The August Perseids - an annual shooting star display - are predicted to be at their most impressive this week, and with skies over most French regions looking largely clear until Friday, they should be visible to stargazers around the country.

Experts predict that the Perseids will be at their most spectacular in France on Thursday (August 12) between midnight and dawn, when you will be able to see between 30 and 60 meteors – or shooting stars – streak across the night sky every hour.

However, they should still be visible tonight (Wednesday, August 11) and Friday night, and will not disappear completely until August 24.

Weather conditions should be ideal on Wednesday, Thursday and Friday in the skies above Île-de-France, Corsica, Occitanie, Normandy, Nouvelle Aquitaine, Provence-Alpes-Côte d'Azur, Centre-Val de la Loire and Pays-de-la-Loire, where only a few patches of cloud are predicted.

However, some areas of France are forecasted to have cloudy or rainy weather on Thursday night, so you may be more likely to spot the meteor shower another day this week.

However, on Thursday night, the picture looks quite different, with thin clouds moving across skies in the western part of the region, and a chance of showers and even storms in the centre and east respectively.

With some clouds also predicted on Friday night, those wishing to view might want to try tonight (August 11).

Tonight (August 11), hazy clouds are expected to move across the skies of Brittany, with the cover growing thicker towards the west of the region.

The clouds will persist on Thursday night, although some clear spells might allow a clear view of the Perseids.

Although there will still be cloud cover in the west of the region on Friday, in the centre and east the night skies will be clearer, allowing a clearer view of the meteors.

The skies above Bourgogne-Franche-Comté are set to be clear tonight (August 11), but on Thursday there may be rain in the central part of the region.

In the Jura mountains, there will also be a chance of hailstorms.

Meanwhile, on Friday, clear skies in the west will give way to some cloud cover in the centre and east, although it may still be possible to view the Perseids.

In the north and west of the region, the skies are predicted to remain clear until the end of the week. However, in the south and south east, there will be a chance of rain or hailstorms.

There will still be some cloud cover in these areas on Friday night, but clear spells may allow viewing of the meteors.

With some cloud cover predicted across the region tonight and Thursday night, Friday’s forecast promises its clear skies, making this the best time to view the Perseids.

This annual meteor shower is caused when the Earth passes through the stream of debris left in the wake of Comet Swift-Tuttle, bringing pieces of matter crashing into the upper atmosphere at high speed and lighting up the night sky.

The Perseids are so named because the meteors appear to come from the Perseus constellation, which is located near one of the brightest star formations, Cassiopeia the Queen.

You can find out more about where and when to view the Perseids from your exact location on timeanddate.com

‘Going to the moon in space is far from the final frontier’
Meet the woman flying the biggest Montgolfières in France
What is the right way to say ‘Mars landing’ in French?