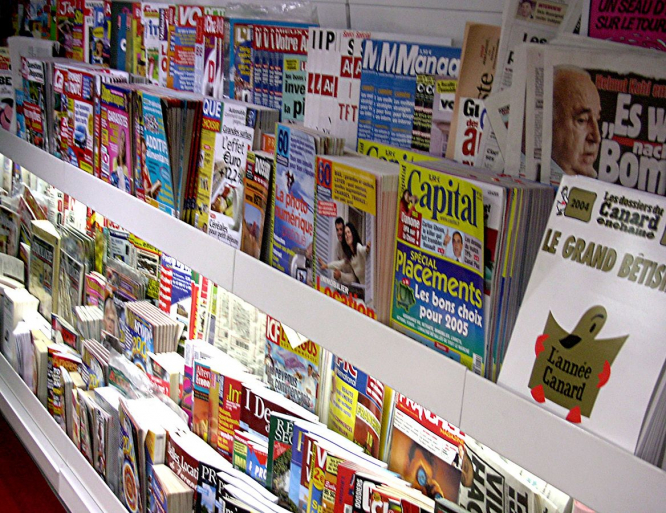 Of the 1,000 most-visible figures studied, just 14.7% of the mentions included women, according to a new report on the French media
By Connexion journalist

Across all coverage of the 1,000 most-publicised individuals in 2017, just 14.7% of the mentions featured women.

That's according to the most recent annual report into press equality - the Observatoire annuel de la parité dans la presse - by media service Pressedd, and reported by many French newspapers today, including Le Monde.

The report looks at 1,500 of the most-popular published titles in the French press, including daily and regional newspapers, and weekly and monthly magazines; plus consumer, trade, and specialised publications, along with 1,500 news websites.

The trend held true across most categories, including in business, where women were the least represented (showing up in just 1% of cases).

Of the 41 media personalities of the Business category (out of the 1,000 most well-known faces), only two were women, namely Christiane Lambert, the head of the agriculture federation la Fédération nationales des syndicats d’exploitants agricoles (FNSEA); and Delphine Ernotte, the president of France Télévisions.

When it comes to sport, just three women made the top 1,000 most-publicised faces - the tennis players Kristina Mladenovic, Caroline Garcia and Simona Halep. Women in sports were quoted and mentioned 46 times’ less, on average, than men.

Politically, women were slightly-more represented, although still-rare at 17% visible among the top 1,000 most-mentioned people.

The figure was largely boosted due to presidential election candidate Marine Le Pen, who was - unsurprisingly - mentioned ahead of the German Chancellor Angela Merkel, British prime minister Theresa May, and Paris mayor Anne Hidalgo.

Previous US presidential candidate Hillary Clinton, and the French minister for work, Muriel Pénicaud; minister for health Agnès Buzyn; and minister for culture, Françoise Nyssen; made up the rest of the political mentions.

Conversely, women were found to be almost equal with men in just one category of mentions in the press: Culture and Media, at 49.7%, and 34 out of the top 100 most-publicised figures in this category.

Notwithstanding, the Observatoire noted that this boost in female presence in the Culture and Media category - and the greater platform given to women’s experiences - has largely been due to the furore over the Hollywood Harvey Weinstein sexual harassment scandal. It called this a “unique context”.