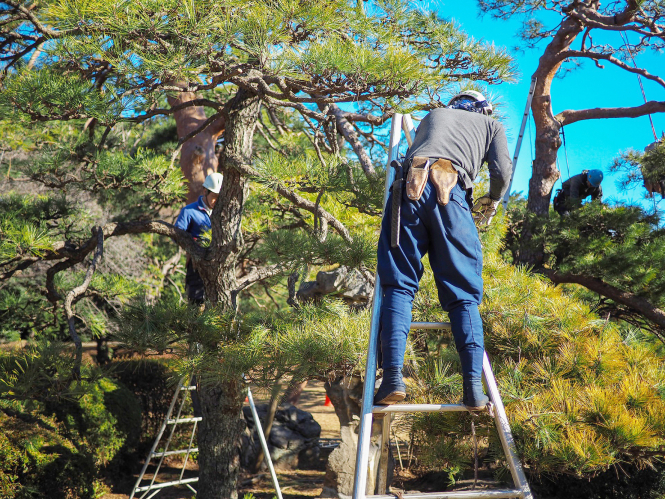 Alongside the fight to save lives in the war on coronavirus, the government is also battling to save the under-pressure French economy.

Thousands of businesses, large and small, and millions of jobs are at risk.

Economy minister Bruno Le Maire said on TV it promised to be a “violent” and “long war”, needing every weapon possible, with France going into a probable recession and at least a 1% drop in GDP.

The first weapon is €45billion of direct funds for business and jobs, alongside a €300billion guarantee to cover business bank loans and keep them afloat... and to shore up banks.

Workers and apprentices whose jobs are affected will be helped after President Macron announced “exceptional and massive” financing to avoid lay-offs, although no legal ban.

This aid will let firms bring in chômage partiel, or lay-offs, and part-time working, which may help a quick restart once the virus menace is past.

Schools are closed, so workers who cannot work from home and who need time off to care for children must ask their employer for an arrêt de travail called an attestation de garde d’enfant à domicile.

The usual four-day delay is waived.

Only one parent can apply for each day’s arrêt but couples can mix days to suit their own work needs, as long as each applies to their employer.

Nicolas Revel, head of Assurance Maladie, said that, along with employers’ contributions, the pay level of the “very large majority” of staff would be maintained.

Independent workers can use the arrêt de travail to give themselves cover for childcare instead of work.

Elsewhere, small businesses are also targeted with a “minimum” €1billion “solidarity fund” for those whose turnover is less than a €1million – artisans, sole traders, micro-entrepreneurs, and other businesses – and whose business is down 70% from March last year.

Mr Le Maire said it would be done as simply and as quickly as possible, with a request and declaration of activity.

A basic flat-rate “safety net” of €1,500 goes to each qualifying business with the promise that if more could be given, they would look at it on a business-by-business basis to stop them failing for lack of funds.

All auto-entrepreneurs are given a breathing space on paying tax and social cotisations for the first quarter of this year – but this will be spread over later quarters.

A system like chômage partiel will let domestic workers, home helps and those supplying personal services such as gardening to continue to receive 80% of their pay from their employers, who are then reimbursed by the state via Cesu.

Home working, or télétravail, is the first recourse for four in 10 employees, with the recent pensions strikes disruption showing that eight million people in private businesses should be able to work from home.

Employment minister Muriel Pénicaud warned recalcitrant employers who wanted staff working in the office that they could not refuse télé-
travail if it was technically possible.

If office work was vital, staff have to have plenty of space and a limit on meetings.

How it will work

For small businesses...
Economy minister Bruno Le Maire promised the simplest system for micro-entrepreneurs, freelances, artisans and sole traders claiming the €1,500 grant. He echoed President Macron’s vow that as long as the crisis lasted, there would be “nothing to pay out, not for taxes, nor social charges”.Getting the grant means sending a request to the Direction Générale des Finances Publiques – not Urssaf – along with evidence of the 70% fall in figures or a closure of the business.This will help 600,000 independents and businesses such as cafés, which have been forced to shut, as long as it is a main business. A second €1billion is ready, as needed.Urssaf has suspended its payment demands for the March échéance of social charges but this does not mean it will not have to be paid.
The charges will be spread out over the remaining months in 2020.To take advantage, it said that business owners who have made their declaration should go to the site at autoentrepreneur.urssaf.fr and amend the sum to 0 to stop payment being taken. Those who have not yet made a declaration have until March 31 (ideally March 30) to declare €0.If in doubt, go to the Messagerie and ask for information, or call 3698. If you are profession libérale with Cipav, the number is 3957.Small businesses and micro-entrepreneurs are allowed to delay payment of utility bills without penalty and the government is in talks with utility companies to enable this.

For parents...
While télétravail is preferred for workers who can do it, the closure of schools across the country has meant parents juggling childcare.

Although the government said that most were managing through family means, some were having to take time off work to do so. They should speak to their employer to get an arrêt de travail, which will allow them to be paid at near their normal rate and, if possible, to split care with partners.

Aimed at parents with under-16 children, it is done through the employer – who does not have the right to refuse an application – and who must make the request to the Assurance Maladie.

For the worker, the only formality is that they must declare that they have no other childcare solution.

It is available for only one parent for each day, but parents can ask the employer to cover separate days to be able to share care.

A 14-day arrêt will be given from the day of the work stoppage and, importantly, payment will apply from the first day, with no four-day delay, as for a normal arrêt de travail.

Remuneration is based on the arrêt maladie sick pay payment, which is 50% of normal pay. Although many employers make this up to a greater proportion of full pay, it is not clear how the government will live up to Mr Le Maire’s claim that “no worker will lose a centime”.

Independent workers must apply for the same through the Assurance Maladie site declare.ameli.fr, while an extension to the chomâge partiel rules is also being looked at.

For personal service workers...
There had been fears that domestic workers such as home helps, gardeners and those providing personal services in clients’ homes would be left high and dry. However, employment min­ister Muriel Péni­caud said that if they could not work, they would still be paid, but only at 80%.About 2.2million households employ workers in and around the home, with about 900,000 of them being older people who cannot do everyday tasks.The money is paid as usual by the employer at the 80% rate and is then reimbursed by the Cesu, to whom the employer already declares the hours worked each month for employee social charge deductions.
employment
business
parents
work
France
covid-19
coronavirus
epidemic
health disease medicine
More from French news
More from Connexion