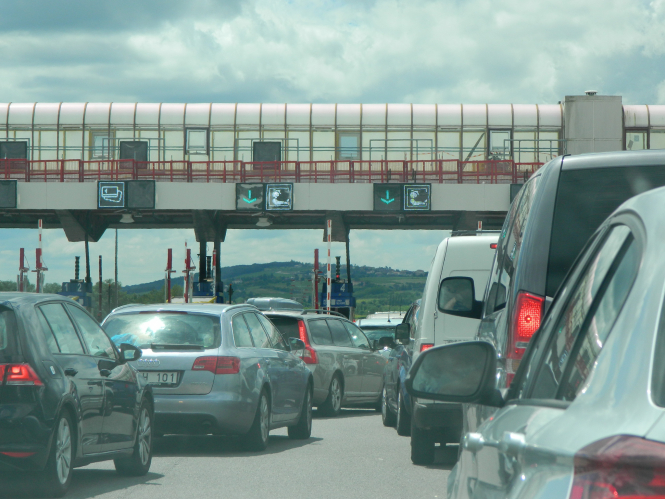 Saturday, August 3, is not a day for planning a car journey of any distance in France, with government roads watchdog Bison Futé forecasting it will be the worst day of the year for road travel.

It has issued a black travel warning for the whole of the country - the highest level on its four-colour alert system, indicating circulation extrêmement difficile for motorists heading towards traditional holiday destinations from Paris.

The A86 Paris peripherique, the A6 Paris to Lyon, the A10 Paris to Bordeaux and the A13 Paris to Caen are predicted to be particular traffic trouble spots, as the juillettistes and aoûtiens holidaymakers 'swap' over. In the south, the A7, A8, and A9 motorways are also expected to be very busy.

More specifically, major traffic jams are expected on the A10 between Tours and Bordeaux, the A6 between Beaune and Lyon, the A7 between Lyon and Lançon-Provence, the A8 between Aix and Nice, the A9 between Orange and Spain, the A20 and A71 between Orléans and Clermont-Ferrand, the A62 and the A61 between Bordeaux and Narbonne and the A43 between Lyon and Chambéry.

For those rested juillettistes heading back home, Bison Futé predicts orange 'difficile', or - in the southeast - red 'tres difficile' travel on Saturday.

In 2018, the holiday crossover on the first Saturday in August generated 705kms of traffic jams at its peak, according to government figures. The record was set in August 2007, when there were 842kms of jams on the country's major routes - the equivalent of a single tailback from Paris to Toulon.