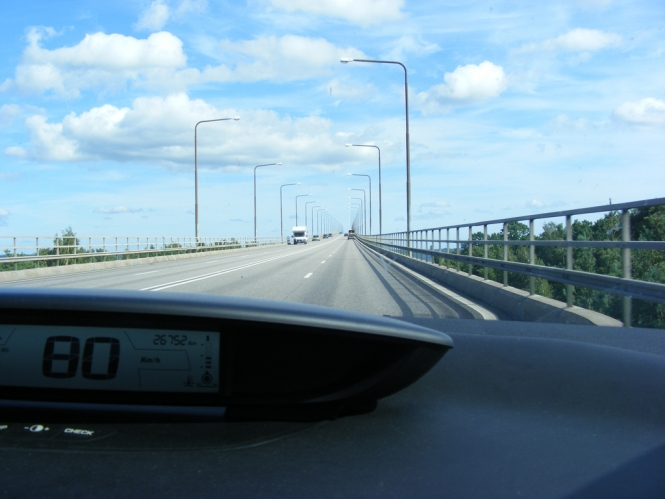 "Black boxes" are set to be installed in new cars from 2022, under a European Parliament resolution.

"Intelligent speed adaption systems" - intended to alert motorists when they exceed authorised speed limits - will become mandatory for new models from May 2022. For new vehicles of existing models, these new obligations will apply from 2024.

The resolution was approved by 578 MEPs in April, with just 30 against and 25 abstentions.

According to the bill, and contradicting claims from motorists' groups, the driver will remain in control of the vehicle's speed.

Drivers' lobby association the Ligue de défense des conducteurs has argued that the device will act as a "permanent cop" and would be able to collect private data for manufacturers or insurers, who could "punish motorists who do not adopt standardised driving".

Manufacturers will also need to equip their vehicles with an "event data recorder" and a "driver drowsiness and attention loss warning" system and facilitate the installation of an "alcohol ignition interlock device".

This could be the, "first step towards the control, debriefing and permanent policing of all drivers in Europe", the group claimed.

"Once these devices are installed in the vehicle, what will prevent the authorities from checking the driver's data in real time or retrospectively, with the consequence of permanently monitoring the driver to punish him for all existing offences?" asked Nathalie Troussard, the association's secretary general.

Polish MEP Róża Thun, who helped bring the resolution, dismissed Ms Troussard's suggestions as "totally false". She said that the data recorders would be closed-circuit systems that would not share information independently - and would only be used in cases of traffic collisions.

And she also rubbished claims that the speed warning system would adjust the speed of a vehicle automatically: "We are not introducing a speed limiter, but an intelligent system that will allow drivers to become fully aware of speed. This will not only provide us all with more safety, but it will also help drivers avoid speeding tickets."

Anne Lavaud, Executive Director of the Prévention routière association, told franceinfo: "There is no doubt that the cars of the future will be connected and will capture data. But in Europe, we are rather well protected against data collection."

Under the resolution, new and light commercial vehicles must also be equipped with emergency lane departure and emergency braking systems. The latter is already mandatory in new trucks and buses.