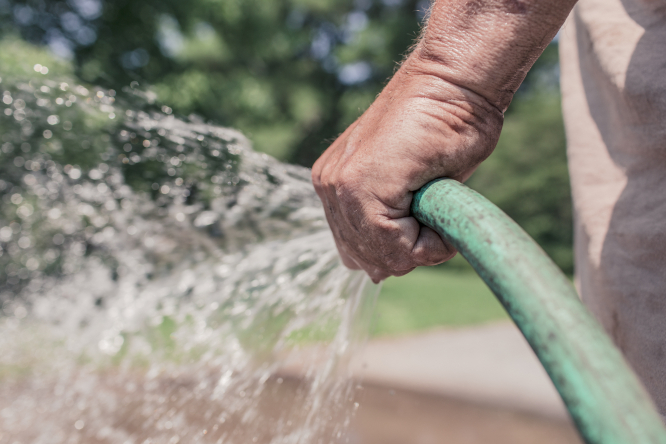 Red 'crisis' drought alerts are in place in areas of 24 departments across France, according to the government's Propluvia website.

In total, 131 local decrees, which restrict water use in particular areas, have been issued in 70 departments.

And those figures looks set to rise further, with much of France due to experience a heatwave next week. For example, Paris has had no rain since June 21 and is experiencing its longest dry spell since 1873, according to Météo-France.

On Tuesday, the prefect of Dordogne called on individuals and communities in the department to be 'civic-minded' by cutting down on filling swimming pools, washing cars or watering gardens.

The call came after authorities issued a 'red' water restriction decree for agricultural use in parts of the south of the department, which came into effect on Friday, July 19, at 8am.

Some municipalities may also issue their own restrictions on water use.