1,000 hospitalised with flu in past week 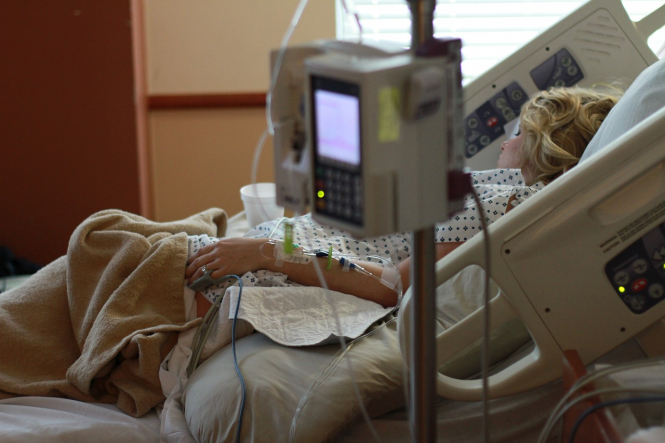 More than 1,000 people were hospitalised with winter flu across France last week, as all regions of the country succumbed to the seasonal illness.

Several distinct viruses are circulating, according to the centre national de référence sur la grippe, with two strains - H1N1 and H3N2 - by far the most common. This year's vaccine is effective for one of them - the H1N1 strain.

Most of the 1,054 people admitted to hospital last week were children under the age of five (32%) and 5-to-14-year-olds (23%). Since the beginning of flu season, those aged 75 and over have made up 39% of all hospitalisations, according to the emergency services' Oscour network. The figure is an increase of 400 on the previous week.

This year's seasonal flu has reached epidemic levels in all 13 regions, as some 8,565 people visited hospital with flu-like symptoms, according to French GP network Sentinelles, with peak levels expected in the next two weeks.

Overall, an estimated 2million have been infected, with the hospitalisation rate jumping from 11 per 1,000 reported cases to 18 per 1,000.

Bruno Lina, head of the centre national de référence sur la grippe, told Franceinfo that this year's vaccine was 65% to 70% effective in preventing the H1N1 strain - a high level of efficacity for a vaccine. Last year's jab worked 30% of the time.

He said H3N2 was 'particularly dangerous for very old people - over 70-75 years old - with high mortality', while H1N1 affected mostly the 35 to 60 age-range - the group among the least likely to be vaccinated.