New website to take risk out of buying used car 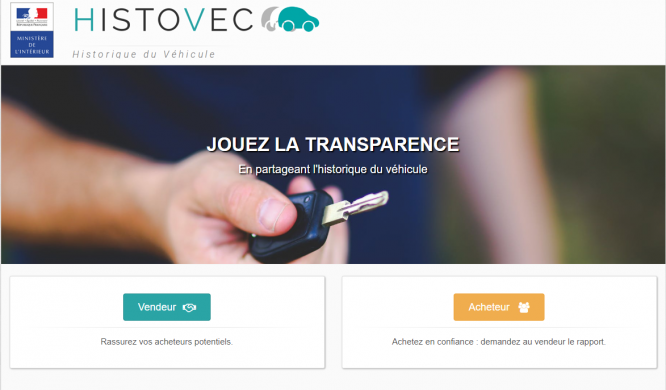 A new website should take most of the risk out of buying a second-hand car in France.

The HistoVec site, launched by road safety authority Sécurité Routière this week, tracks the history of vehicles on the road, such as any past insurance claims, ownership changes, its technical characteristics and whether it has previously been stolen, to help buyers decide if their next car, motorcycle, truck or HGV, is safe to drive.

The free government site is intended to cut the number of fraudulent sales, after a study by the Direction Générale de la Répression des Fraudes in 2015 revealed that half of all used vehicle sales involve some level of fraud.

"With HistoVec, we provide potential buyers, through the seller, with reliable information before they decide to buy a used vehicle. This is one of the solutions we are implementing to eradicate 'rolling wrecks'," said Inter-ministerial Delegate for Road Safety Emmanuel Barbe, in a statement.

Over the past three years, the Ministry of the Interior has condemned several thousand vehicles that have been sold to unsuspecting buyers following poor or incomplete repair work.

From the end of the first quarter of 2019, the site - a government pledge in January 2018 - will include mileage information recorded at the most recent CT test.

The administrative status certificate, which must be issued at the time of the transaction and attesting that the vehicle is neither stolen nor seriously injured, is also accessible via the platform.

It cannot yet trace the past of some older cars registered before 2009, when the new vehicle registration system (SIV) was launched. For those older vehicles, a special call number has been set up.