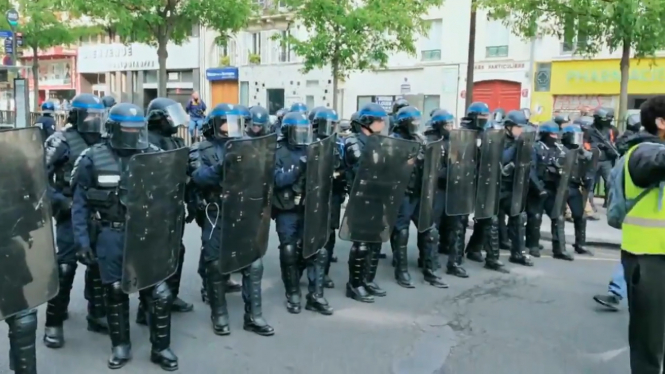 Police unions have received an assurance from Interior Minister Christophe Castaner that officers will keep their current pension rights in the government's planned reforms.

On the eve of the December 5 strike, Mr Castaner wrote a letter to union leaders, which has been seen and republished by franceinfo, to say that police will retain "their rights to early retirement" and "pension levels comparable to current pensions" in the future pension reform..

"Specificities will be preserved for civil servants who carry out sovereign missions of security and public order", Mr Castaner said in the letter. "Early retirement rights will remain open as they are today."

He added that reforms will "make it possible to maintain retirement levels comparable to current pensions" for police officers.

"These guarantees will be included in the future bill creating the universal pension system", he concluded.

Union bosses gave the letter a cautious welcome. Denis Jacob, general secretary of the syndicat Alternative Police CFDT said it demonstrated progress, but added: "We still have questions and concerns."

Several police unions, including Alliance and Unsa, have called for rolling action from Thursday in all police services, including the symbolic closure of police stations, a refusal to write fines, and tighter controls at airports and tolls. However, they do not intend to join the protest processions.