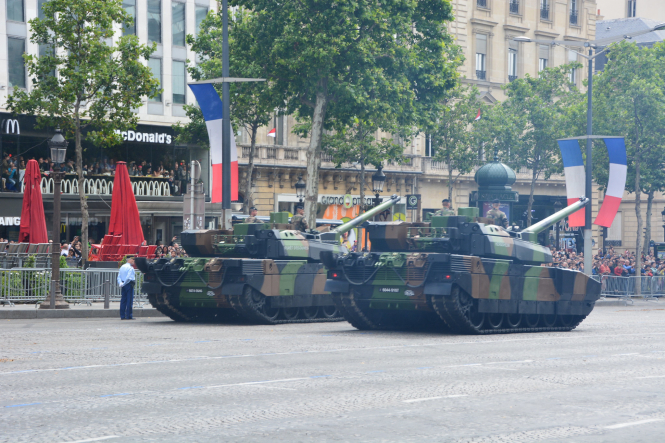 American Independence Day celebrations in Washington DC will feature something new this year - a military parade inspired by President Donald Trump's visit to France in 2017, when he was a guest of President Emmanuel Macron for France's July 14 celebrations.

Mr Trump was clearly impressed by the fete nationale celebrations in Paris two years ago. He returned to America saying he wanted to emulate the military parade and has previously tried to organise one.

The July 4 celebration is set to feature military bands and flyovers from the US navy’s Blue Angels and Air Force One, as well as M1 Abrams battle tanks. It could also include a B-2 bomber, F-35 and F-22 fighter jets and the Marine One helicopter, according to the Pentagon.

But the planned celebrations, dubbed by the President as a 'Salute to America', have proved controversial. Historically, presidents have maintained a low profile during Independence Day celebrations.

Our July 4th Salute to America at the Lincoln Memorial is looking to be really big. It will be the show of a lifetime!

He is set to deliver a speech at the Lincoln Memorial. White House officials insist that he will avoid partisan politics and stick to patriotic themes.

Officials in Washington DC have warned that the cost of repairing any damage to the city's streets caused by heavy military vehicles must be covered by the President, rather than taxpayers in the city.

We have said it before, and we'll say it again: Tanks, but no tanks. (PS: The @DeptofDefense agrees, see highlighted area below) pic.twitter.com/ock2EORKNz

In France, there is increasing opposition to the July 14 military parade in Paris. The July edition of Connexion features arguments from both sides of the argument. To read the debate, you can pick up a pdf version of the paper here.