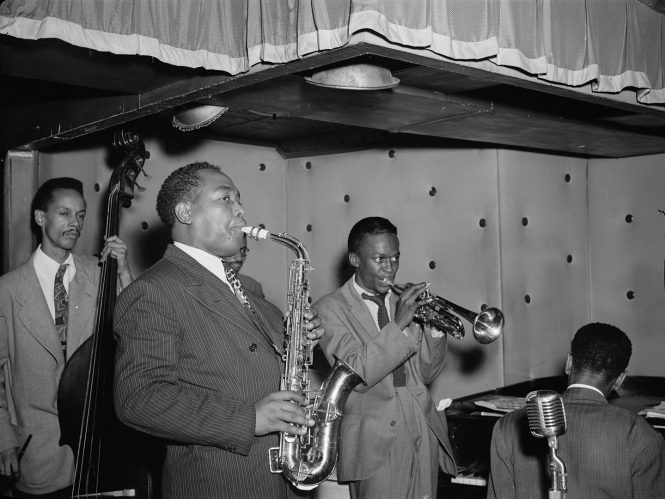 A long-lost film of jazz icon Miles Davis in performance has resurfaced in France.

The footage, from December 1957, is believed to be the oldest known film of the renowned trumpeter in existence.

It shows him performing as part of a quintet with whom he had just recorded the soundtrack for director Louis Malle's film Ascenseur pour l'échafaud (Elevator to the Gallows). The film's entire original score, which Davis had written was recorded in overnight on December 4 and 5 that year.

Davis was joined on Christmas show set, and earlier in the recording studio, by Barney Wilen on tenor saxophone, René Urtreger on piano, Pierre Michelot on double bass and Kenny Clarke on drums.

Filmed on December 7, the long-lost footage was part of a variety show that was broadcast on French TV on Christmas Day that year. As well as Davis, the broadcast also featuredJuliette Gréco, Keïta Fodeba's Guinean ballets, and singers Paul Braffort and Giani Esposito

The film was then lost - and the only known images of Davis from the show were stills taken on the set.

Some 62 years later, the original 16mm was found during a routine inventory check at the Institut national de l'audiovisuel (INA) conservation centre in Saint-Rémy-l'Honoré, Yvelines. It was digitised and posted on the INA website, which contains thousands of historic films and photographs.