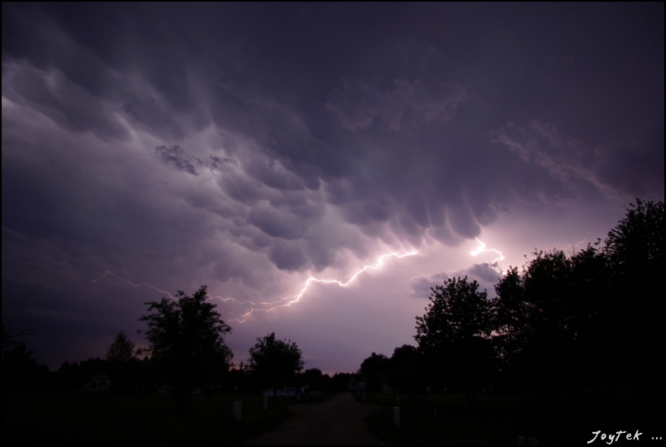 The first day of the working week may have dawned calmly across much of France but 'locally violent' storms are forecast in the southwest later in the day, national forecaster Météo-France has warned as it issued orange weather alerts for seven departments.

Ariège, Haute-Garonne, Gers, Pyrénées-Atlantiques, Hautes-Pyrénées, Tarn and Tarn-et-Garonne are all on the forecaster's second-highest weather alert, with residents told to expect storms from 2pm, as a weather system moves across the Pyrénées from Spain.

Departments on alert can expect 'locally violent' storms with sustained electrical activity and "intense rainfall of more than 50mm in a short period".

Hail and winds of between 80kph and 100kph are also forecast where storms hit, Météo France said in its 6am bulletin.

Forecasters said the storms are the forerunner to a more organised storm system moving into the country on Tuesday, when rain and storms are forecast across the south of the country.