What Macron faces on his return to work 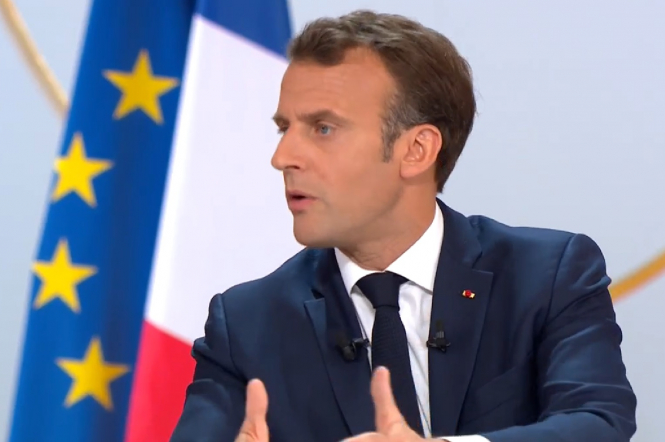 President Emmanuel Macron and his government returned to work this week after the summer recess, with today's visit of British Prime Minister Boris Johnson and the G7 summit in Biarritz both looming - but also a number of pressing domestic matters are also high on the agenda.

With everything from pension reform to the possibility of protests on a range of issues in the coming months, Mr Macron's cabinet will have to tread carefully on a number of issues:

Plans to unify France's 42 current pension regimes into one system covering both private and state employees are controversial - not least the question of retirement age, which prompted a million marchers to protest when Nicolas Sarkozy announced plans to raise it a decade ago.

Mr Macron has repeatedly pledged not raise the legal age from the current 62. While that will not change, there will be incentives for those who choose to stay in work until age 64.

Prime Minister Edouard Philippe is to meet union bosses to discuss the proposals in September. But such is the expectation of opposition to the plans that the CGT and FO unions have already called for demonstrations on September 21 and 24 - despite the fact the reforms are not expected to go before the Assembly until 2020.

A "major national consultation" on pensions could be set up in the coming months.

Despite falling unemployment - which is at its lowest level in a decade - the government will have to plan its budget carefully, after pledging a total of €17billion in tax cuts and financial aid in response to the gilets jaunes protests. Meanwhile, the slow rate of economic growth in France and the risk of Germany going into recession are likely to force him to be cautious.

And his promise to cut civil service numbers has been criticised by the Cour des comptes for its lack of clarity and detail.
He will have a little wriggle room, however, thanks to low interest rates on public debt.

A recent poll showed 65% of French people were in favour of opening up IVF treatment to single women and same-sex couples - and a draft law is due to be presented to MPs on September 24. Some MPs have already warned that they will attempt to block it, while campaign group Manif pour tous, which organised protests against same-sex marriage in 2013, is calling for a demonstration on October 6.

French farmers have already made their feelings clear since the French Assembly ratified the EU's Canada-EU trade agreement – known as Ceta. A number of protests have taken place, and the offices of some MPs who voted in favour of the deal have been vandalised.

Farmers argue the agreement will force a decline in the quality of the products sold in France and make it harder for French farmers to compete, at a time when many are already suffering from the ongoing drought.

"Ceta is the drop of water that broke the vase. Exasperation is at its height," Christiane Lambert, president of farmers' union FNSEA, told French media. "We are not going to die in silence, or let ourselves be suffocated without doing anything."

Health minister Agnès Buzyn is set to announce announce new measures to improve hospital workers' pay and conditions in September in an attempt to end industrial action by emergency room staff which has been ongoing since April.

An earlier bid to end the dispute by offering a monthly bonus of €100 for all ER staff failed. The new announcement will follow a government study led by Thomas Mesnier, a former emergency doctor.

As if the farmers and the hospital staff were not enough, teachers too are unhappy over education reforms, including plans to group schools from infant to secondary under a single administrative entity

Some teachers refused to mark Baccalaureate exam papers shortly before the summer holidays in protest, while there were sporadic one-day strikes.
Education minister Jean-Michel Blanquer - after whom the Loi Blanquer is named - will have to find some way of placating teaching unions and parents, who have also demonstrated against the new law.