Trouble for Air Force One snappers in France 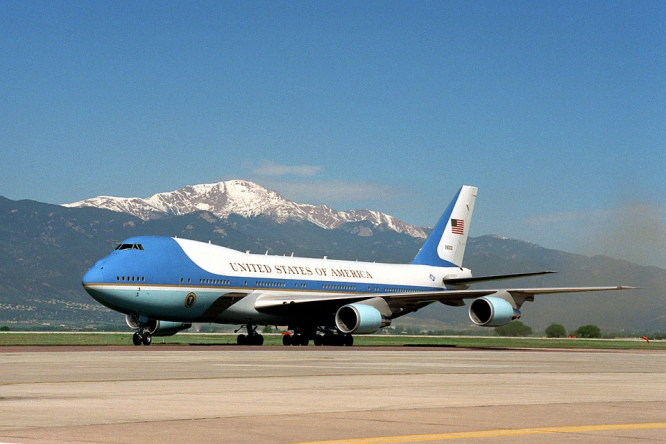 Posting photographs on social media of Air Force One on the runway at Bordeaux Mérignac airport has several members of staff, as well as members of the public, in hot water with authorities.

The aircraft of the US President was on the tarmac during the G7 summit in Biarritz.

Eight people were summoned to appear at the airport's gendarmerie des transports aériens after ignoring a prefectoral decree that means it is illegal to take pictures of stationary aircraft on airport runways in the Gironde without permission - let alone share them on websites such as Facebook or Twitter.

The order specifically states that it is "prohibited to take private, commercial, technical or propaganda shots without the permission of the airport operator".

The ban applies "both city and airside".

A spokeswoman for the Nouvelle-Aquitaine préfecture confirmed eight people had been interviewed after publishing on social media, pictures of Air Force One on the tarmac at Bordeaux airport.

“It has been forbidden to take photographs of aircraft on the airport runway or near it, without authorisation, for a number of years now. It is not something which was specifically related to the G7,” she told Connexion.

“All airports in France are affected, not just Bordeaux, for safety and security reasons, and it was decided to take action, and remind people of the law.”

The cases are now being considered individually by an investigating officer who will decide sanctions that can range from a simple verbal warning, to a €38 fine.

At Bordeaux airport, a spokesman said passengers had been forbidden from taking photographs as they boarded aeroplanes for “many years.”

One of those summoned told news website 20minutes.fr that he had merely shared images he had seen on his Facebook feed. "I didn't take these pictures: I don't work at the airport, and I wasn't even in Mérignac that weekend," he said.