Tour de France could return to England in 2022 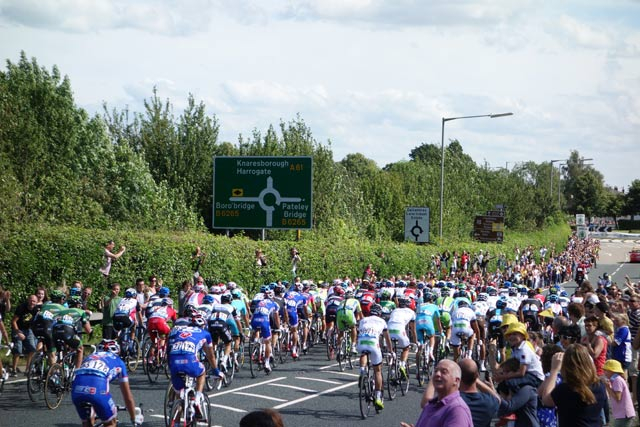 The Tour de France could head back to England in 2022, according to reports in France

Yorkshire successfully hosted the showpiece Grand Départ in 2014 - and has been in contact with Amaury Sport Organisation (ASO), organisers of the Tour, about a reprise in three years' time, after Nice in 2020 and Copenhagen in 2021, according to the Journal du Dimanche.

The region is also reportedly interested in hosting the start of the Vuelta a Espana - another ASO event.

The idea that the Tour would return to Yorkshire at some point - but not necessarily as early as 2022 - had been mooted in May. Peter Dodd, the commercial director of Welcome to Yorkshire told the Telegraph at the time. "Our belief is it's a question of when the Tour de France comes back to Yorkshire and not if."

The Tour's director Christian Prudhomme was impressed by the organisation of the Grand Départ last time it was held in Yorkshire five years ago - and the challenge the region's countryside posed for riders. It was so successful that a Tour of Yorkshire has been held every year since.

But Yorkshire is not the only contender. Tour organisers are also reportedly considering starting the 2022 race around Bilbao, northwestern Spain. Some media reported in late 2018 that Norway was also considering a bid to host the start.

Norway would be right on the limit of possible other-country destinations for the Tour. The Union Cycliste Internationale (UCI) is said to be planning to implement a ban on flights of more than three or four hours during races to protect rider welfare.

It would rule out possible future starts in the Middle East. Qatar had sent a letter of intent to bid for a Grand Départ about 10 years ago, and Jerusalem hosted the start of the Giro d'Italia in 2018 - but the impending rule change looks likely to keep the Tour de France's showpiece opener in Europe.