"We must save France's tourism" says PM 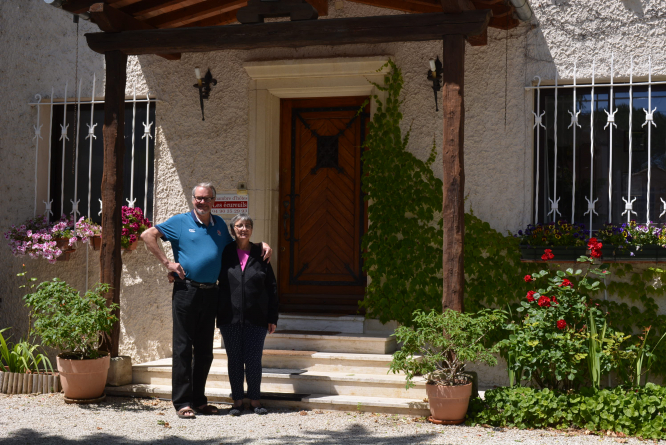 However, with social distancing and limited overseas travel, there will be a big drop in trade. Prime Minister Edouard Phi­lippe has said they are facing “probably the worst test of modern times, while at the same time tourism is a jewel in the crown of the French economy”. Saving the industry is a national priority, he said.

Tourism professionals told Connexion that many are expecting at least a 50% reduction in annual turnover. Tourism Minister Jean-Bap­tiste Lemoyne has indicated that French residents will mostly holiday in France, though President Macron hinted at possible Europe-wide travel. At a press conference with Angela Merkel, the president said a co-ordinated plan should be ready by mid-June: “We will have a tourist season in Europe alongside the virus.”

The EU is reportedly looking at robots and drones with infrared cameras to patrol resorts to check on social distancing. Tourism represents 9% of French GDP and maintains two million jobs. The government announced an €18billion plan to support the industry. This includes Solidarity Fund payments of up to €1,500 a month for small businesses which are closed or which lost 50% of turnover compared to last year. These are extended to the end of the year, to a limit of €10,000 a business.

About €1billion is available for loans, and employers are exempt from social charges from March to June, if the firm is closed or with minimal activity. Councils are invited to lower the taxe de séjour (added to accommodation bills) and reduce property taxes for tourist businesses by two-thirds, which the state will finance at 50%.

Employees with no work will be eligible for temporary unemployment benefit of 84% of net salary up to September at least, and possibly beyond if their workplace is still not fully open. There is a promised increase to daily use of luncheon vouchers from €19 to €38 plus use at weekends, to help the sector. For more see plan-tourisme.fr.

A review of what firms are included under the tourist sector banner is underway to broaden it to ancillary sectors dependent on tourists. Another new measure will be a support fund for heritage workers such as tour guides. French tourist body Atout France is working on a ‘sanitary reassurance logo’ related to following Covid-19 guidelines. Asked by Connexion if the quarantine for UK arrivals will harm tourism, Mr Lemoyne said: “Reciprocity guides the measures and I can’t say more. But I clarify that France is talking about a voluntary quarantine.”

Read more: the importance of tourism in France this summer

When – as hoped – restaurants reopen in June, they will need to keep a 1m gap between tables. Gîtes de France expressed delight at being able to welcome visitors again when deconfinement began on May 11 and reservations rose by a factor of eight – but numbers are still considerably down on last year. All 42,000 owners were advised on issues such as cleaning door handles, temperatures for washing bedding and recommended periods between guests.

Mountain refuges will progressively start to open from June 2. Campsites expect to be popular because they are outdoors. Despite hopes for a decent high season, they expect annual income to be halved due to opening late, reduced numbers in restaurants and increased costs due to health regulations. Gé Kusters, vice-president of the Fédération Nationale de l’Hôtellerie de Plein Air, said: “We’ve had very few cancellations for July and August. The tourism plan has allowed campsites to survive but we have to pay back the money we borrowed to keep going. It’ll take two to three years to recover.”

Roland Héguy, president of hotels and restaurants union Umih, said the situation “is very serious”. He welcomed the measures but said many firms will struggle to repay loans. It wants insurers to pay up under the business interruption clause, even though epidemics are not usually covered.

André Barbé, head of Nouvelle-Aquitaine’s top tourist site Lascaux IV, agrees: “The government has done more than in other countries. Our complaint is with insurance firms. We are willing to pay higher premiums if we get help now, but they won’t listen.” He hopes to open by the end of June, with small groups visiting in masks, and is expecting losses of 50% for 2020. “We have to accept and adapt, just as Cro-Magnon did.”

Bouahlem Rekkas, tourism chief for Sarlat, Dordogne, said he hopes quiet countryside destinations such as Périgord will attract visitors but many small businesses are suffering. These include gites and
chambres d’hôtes, some of which are not set up as the kind of business which can benefit from the Solidarity Fund. “It will be hard for many to decide whether it is financially worth their while to open if they have to put complicated sanitary protocols in place, bring in staff, and welcome only a few visitors, which might not balance the books. We’ve all worked really long hours. Anyone who is opening has worked hard to make sure they can welcome guests safely.”

Michael and Chantal Shardan, pictured, run a chambre d’hôtes in Valréas, Vaucluse, and applied for a grant from the Solidarity Fund for March and April. They say they will not hesitate to apply for May and June as well, if need be. Mr Shardan said: “It was straightforward and we had the money in our bank within three days of applying. I would recommend anyone to apply. This virus is nobody’s fault. It is no use complaining and we are grateful France is doing something to help.”