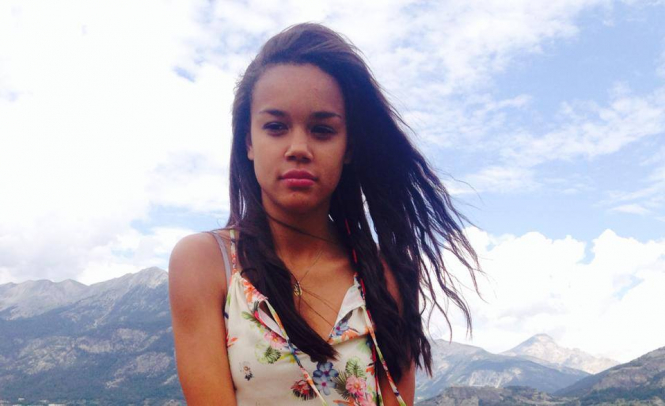 Cedella Roman was staying in Canada to improve her English, when she went for a jog and found herself being arrested
By Connexion journalist

Cedella Roman was staying in White Rock, British Columbia, Canada - where her mother lives - after having passed her Baccalaureate exams in France. She had travelled to Canada to improve her English.

One day, she decided to go for a jog along the seafront, and took a photo of the view before turning around to go home.

It was at this point that two border patrol officers stopped her, and informed her that she had been caught on camera illegally crossing over into Blaine, a town just south of the United States-Canada border.

Although Ms Roman explained that she was French, had a visa for Canada, and had only crossed the border accidentally “without realising”, the officers said they could not let her go, because she did not have identity papers or proof with her at the time.

Ms Roman said that there were no warning signs or any other indication that she had crossed the border at the time, and believed that she would be sent back to Canada with a fine or a police warning.

But the young woman was then taken to “a building”, where more officers took her fingerprints, confiscated her jewellery and personal belongings, and searched her “everywhere”.

Speaking to the Agence-France-Presse (AFP), she said: “It was then that I started to get scared. I felt as though they saw me as a huge criminal.”

She was then transferred to “a caged vehicle”, and driven 190km further south to a 60-bed Homeland Security detention centre in Tacoma, Washington State, among other detainees of various nationalities who had also been arrested for trying to cross the border.

Ms Roman called her mother, Christiane Ferne, who initially thought her daughter was joking. Two days later, Ms Ferne arrived in the USA with her daughter’s passport, visa and identification, but Ms Roman could still not be released due to administrative delays.

She said: “Apparently the USA had contacted officials in Canada to check out my documents and confirm more information about me. But because I am not Canadian, it had taken longer than normal.”

Ms Roman was finally released on June 6, and returned to Canada, before heading home to France one week later. She is now reportedly banned from ever travelling to the USA again.

American immigration services have confirmed Ms Roman’s story, but have defended their actions.

A spokesperson from Customs and Border Protection (CPB) said: “It is the personal responsibility of all individuals who find themselves close to an international border to be aware of where they are at all times, to make sure they do not cross over illegally.”

Another statement from Immigration and Customs Enforcement (ICE) said that Ms Roman was held for two weeks because authorities needed to “examine” her case, and get the “green light” from Canadian authorities before releasing her.

It said: “This can sometimes take a few days, especially when the individual is from a third party country.”

Ms Roman claims that the authorities’ actions were disproportionate.

She said: “I understand that they want to respect the law, but I didn’t do anything. It was a simple mistake. This experience has changed my view on migrants. Living among them for two weeks made me feel closer and empathise with their situation.”

When reporting on the case, Radio Canada said that 288 people were arrested for crossing the border in the Blaine region between the USA and Canada in 2017, although no official figures exist for the number who crossed over accidentally.

19 hours ago
4
Will Britons need a health pass to visit France from June 9?