The iconic photographer still in vogue 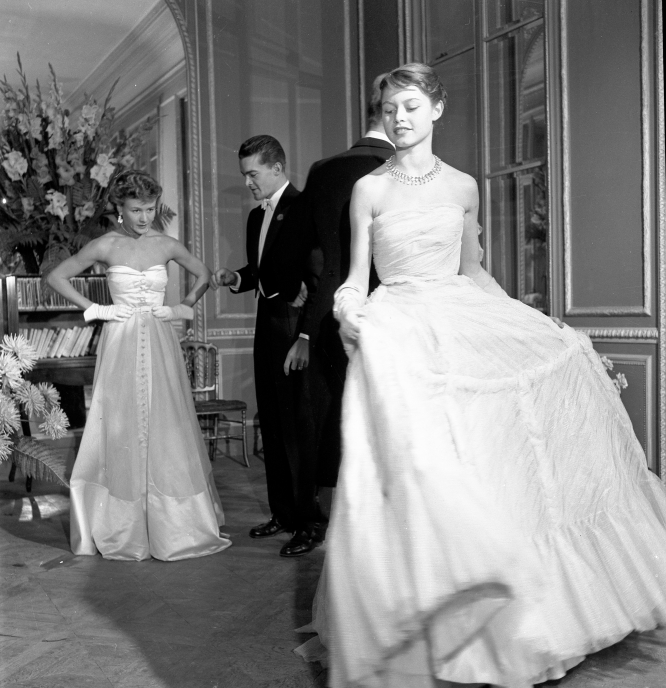 French photographer Robert Doisneau (1912-1994) was a pioneer in the art of photojournalism; not simply producing an image but using photographs to tell an entire story. His most famous photo is probably, Le Baiser de l’Hôtel de Ville; a black and white image taken in 1950 of a couple kissing in the street. It is gripping because although it was posed, it has the look of a documentary image taken of strangers on the street.

By the time he died, he had been awarded a Légion d’Honneur for his work, and left some 450,000 negatives. He was a workaholic, says his daughter Francine, but also a great humanist. “He was very easy to get on with,” she says. “He was gentle and kind, very funny with a wry sense of humour. He was always smiling; he really truly loved people with all their quirks and flaws.”

She used to work for her father’s agents, so it was a natural evolution, she says, to join forces with her sister to curate the thousands of negatives in her father’s workshop, which is still in the Parisian flat where he lived. “He was very self-disciplined, he worked all the time and he took his work very seriously,” she says. “Where his work was concerned he could be obstinate and single-minded; he was very dedicated to his own intellectual path. On the other hand, he was very charming and down-to-earth, both at work and at home.”

As a successful photographer who spent years working for Vogue, Robert Doisneau could have easily dedicated his life to taking beautiful pictures of the rich and famous.

But what made him unique was that outside his paid work for the glitterati, he chose to photograph ordinary working people, especially children. “His photos of working people were taken with a lot of care and attention to detail,” explains Francine. “It made him something of an ethnologist, a scientist who documented human society, but always with affection. He kept a certain distance, but only so that he could observe more clearly, and always with love, and with a
light touch.”

Francine and her sister Annette work full time at their father’s workshop, cataloguing his work and preparing exhibitions and books. There are already two exhibitions on permanent tour, and they produce a book of his work every two years. “It’s a natural continuation of our father’s work. We worked with him before his death, so we just continue now. Our father loved books and had studied book production; it was a real interest of his.

“He worked a lot, really a lot. His whole life was axled around his work, his photography. But the history of photography developed with him, so his work is a fascinating documentary.”

The most recent book about Robert Doisneau is The Vogue Years, which obviously contains many photographs of celebrities, but is also remarkable for the other matierial. “What is interesting is that besides his paid commissions for Vogue and others, he also took loads of photos just for himself, often working at night,” says editor Gaëlle Lassée.

“He had two ways of seeing things. His Vogue eye saw fashion and trends and pleasing images, while his personal, very human eye on the inhabitants of Paris betrays a love of all Parisians, not just the famous ones. I think the book goes beyond nostalgia and in fact is quite modern in the way it documents something iconic about Parisian life.”

The Vogue Years is published by Flammarion.