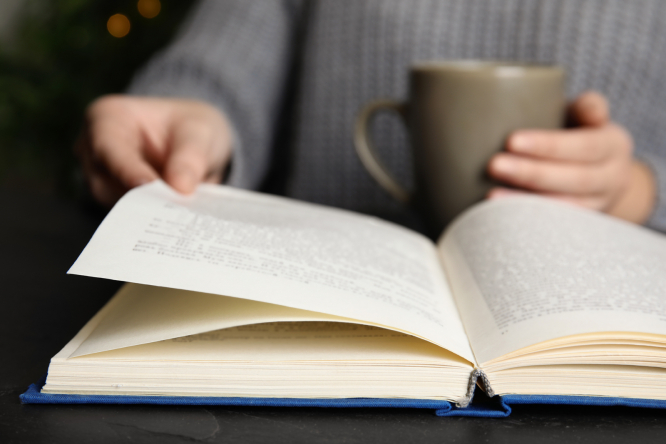 No better season to get stuck into a book than autumn and this month a pair of fascinating history books and a romance read perfect for those interested in France is just the cup of tea Pic: New Africa / Shutterstock

This detailed and well-written biography of Henri Matisse traces not just his life story, but his development as an artist within the context of the period, and what other artists were doing at that period.

Along with Picasso, Matisse is regarded as a leading figure in the development of contemporary art, which underwent revolutionary changes during his lifetime (1869- 1954). He is known primarily as a painter, but was also a draughtsman, printmaker and sculptor. His influences included fashion and cinema, travelling, literature and African art.

The book also traces the development of international travel, radio, photography and cinema during the first half of the 20th century which meant that for the first time artists, including Matisse, had an opportunity to shape their own reputations by giving interviews, appearing in documentary films, and selling their work internationally.

Although he struggled financially as a young artist, later in his career he understood that the financial side of his career needed to be managed astutely.

Seeing this evolution very clearly, Matisse surrounded himself with writers and poets as a way of ensuring that his often experimental art would be understood. His exuberant use of colour, for example, was a way of visually expressing emotion.

This history of Jewish art dealers in Paris is so detailed that it almost reads like a novel, although horrifying enough it is a real history, about real facts. Elegantly written, it traces the lives of four interconnected, wealthy Jewish families from 1870 to the end of World War Two, and the tragedies inflicted on them up to and including during the Occupation. In particular, the hatred and destruction meted out to the beautiful art they loved and collected.

In doing so, it also looks at the role of Jews in France, and how art can be used to confer social acceptance - or not. While these four Jewish families felt that their art collections, large parts of which were gifted to France, were a cultural contribution which cemented their assimilation into French society, the book makes it clear that this was not true.

The deep-seated Anti-Semitism in France led many French people to collaborate with the Nazis, to betray Jews in hiding, and to be complicit in the Holocaust. In some cases, all that remains of these prominent Jewish French families, so many of whom perished in the Holocaust, is the art they donated to France.

Meticulously researched, The House of Fragile Things makes for melancholy reading, but also illuminates a chapter in France’s history which has to be understood in order to understand modern France.

As such it is a fascinating and gripping read for anyone interested in France.

This American romance is written in a chatty, confessional style.

Reading it is like listening to a girlfriend giving you chapter and verse about her love life. Maggie is 48 and has two problems: she’s just broken up with her man, and she hasn’t written a word of her new book. Luckily, her agent Lee has the answer. A trip to Paris! (Didn’t you know? Literary agents do that for authors with writer’s block!).

Anyway, you can imagine what happens once they arrive in France; right from the beginning you know the ending will be happy ever after, but accompanying Maggie through the ups and downs of finishing her book, reconnecting with her long-lost daughter from a previous marriage, travelling in France and falling in love is entertaining.

If you loved the Netflix show Emily in Paris you will love this: even before they leave the US, Maggie is warned that although the flat is huge and has a housekeeper it has – shock horror – only one bathroom! But that, says the agent, is Paris for you. Finding a handsome Frenchman in that bath is also probably just Paris for you...

Exploring mountain refuges and cabins in France
19 October 2021
More from Books
More from Connexion
Get news, views and information from France
Join the newsletter
Subscribe to The Connexion