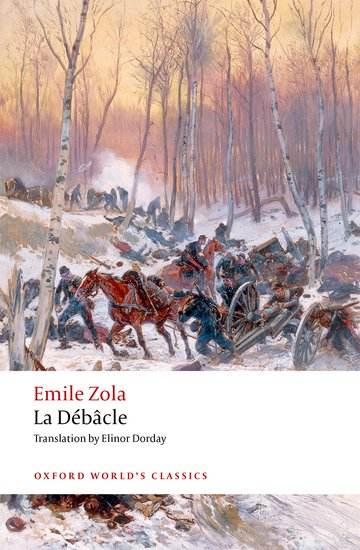 Ordinary soldiers are at the heart of this look at the Franco-Prussian War, and the 1870-1 Commune, suffering cruelly as they faced defeat despite their bravery. This is the story of the birth of the Third Republic.

It is a tale of war and the shambles of disorganisation that made defeat inevitable.

Powerful writing, breath-taking description, heart-breaking emotion and a painstakingly detailed look at what happens when an army – and, by all accounts, a nation –falls apart under inept leadership.
But during it all, there is an underlying force of optimism from the soldiers, the possibility that after hell comes rebirth for the nation.

Telling of the march of the 7th Corps from Reims to Sedan in the Ardennes, the disastrous battle there and the burning of Paris, Zola’s descriptions of daily life – surprisingly civilised in some cases – are hauntingly awful. He tells of families fleeing the fighting like modern-day refugees, of soldiers dying beside them and there being so many dead that the dead no longer counted. The horror of war.