The impact of pencil and stencil 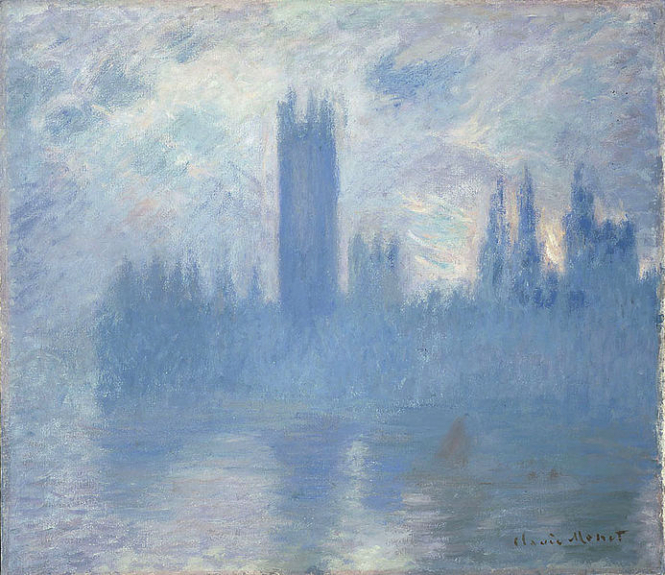 1.  An impression of London

The combined turmoil of the Franco-German war of 1870, the fall of the Second Empire, then the Paris Commune convinced many French artists to take refuge in the UK.

Until October 14, their time and work there is showcased at a Petit Palais exhibition co-organised with Tate Britain.

The exhibition brings together over a hundred masterpieces born on the banks of the Thames, in the misty and industrial atmosphere of Victorian London.

Among those featured are future impressionists Pissarro, Monet (Houses of Parliament, pictured above), Sisley) who struggled to convince the English public of their merits at the time.

2.  The French still flock to the flicks

Despite the impact on viewing habits of streaming platforms such as Netflix and Amazon, the French still love going out to the movies. The proof? The most visited cinema in the world is French, according to new research by comScore.

In 2017, reported newspaper Journal du Dimanche, 3.2 million people went to see a film at the UGC multiplex, Ciné Cité Les Halles, in Paris. 492 films were watched by spectators of 85 different nationalities during 70,000 screenings.

Onscreen too, these are halcyon days for French films. The country lies second only to the USA for global film exports – 80.5million people saw a French film in foreign cinemas in 2017.

Among the major successes were director Luc Besson’s Valerian which, despite flopping in the west, sold 10million tickets in China alone.

A French director shooting a film that ‘speaks about the protection of birds’, is said to have caused the abandonment of more than 500 pink flamingo eggs.

Some animals, resident in the Aigues-Mortes salt flats of the Camargue, fled in panic upon hearing low-level flying as the film’s crew did aerial shots, said France Nature Environnement.

Vanier has said he will try to “repair what can be repaired”, offering to sponsor a population of pink flamingos and promising to be “the spokesman for the problems affecting migratory birds”.

Shooting on Give me Wings, about a scientist’s passion for wild geese, continues. It is set for release in October 2019.

Camera-shy wall tamperer Banksy went on a Parisian street art spree in late June, when more than half a dozen of his satirical works appeared at various locations.

Among the (purportedly Bristol-born) artist’s subjects were the refugee crisis and the 1968 student revolt, which he referred to on his Instagram account:

“Fifty years since the uprising in Paris 1968. The birthplace of modern stencil art”.

In Montmartre, a rat being fired from a champagne bottle may refer to more than just class struggles, given the capital’s ongoing problem with rodents.

Following the success of Japanese manga series Drops of God, which namechecked French producers and triggered huge sales (in 2009 Decanter hailed the book, written by sister and brother Yuko and Shin Kibayashi, as “arguably the most influential wine publication for the past 20 years”, today, among the popular French reads are Mimi, Fifi & Glouglou, Les Ignorants and A Great Forgotten Burgundy.

The latter, a tale of three vigneron brothers in the Mâconnais, has added authenticity – author Emmanuel Guillot is himself an organic winemaker.