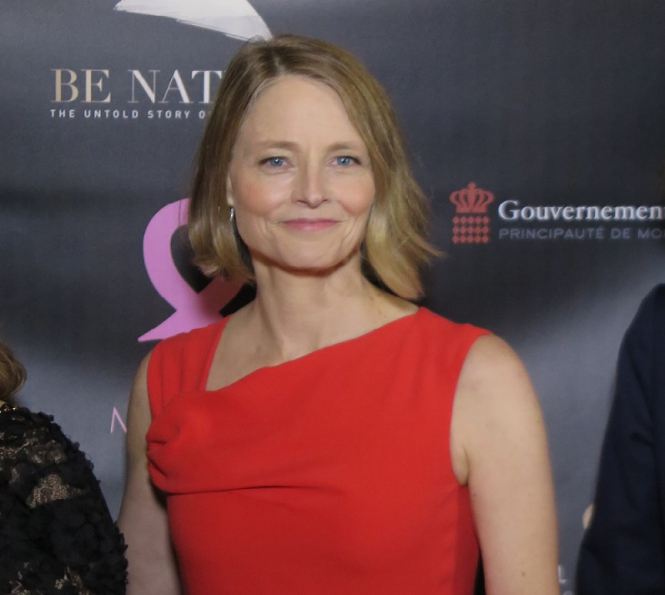 Ms Foster, 56, said: “It’s kind of extraordinary as I’ve been in the movie business a long time – yet had never heard of possibly the first filmmaker that ever existed.”

The Oscar-winning actress, director and producer added: “The director [Pamela B. Green] told me the story. I was blown away by her and totally inspired.

“I grew up never having met another female filmmaker.

“There were very few that I knew of and most of them were European. So I wanted to hear the story as much as anyone else and it took many years to make that happen.”

She said she thought Guy-Blaché, who began making films 123 years ago just after the Lumière brothers’ first film projection, was “rendered invisible” in film history because she was a woman and because “she didn’t fight back.”

She was a gentle woman, who admired her boss Léon Gaumont, who did acknowledge her privately, but didn’t seem to think it was important that he remembers her contribution.

“But mostly, and I’ve seen this in my own life, I don’t think it was a great conspiracy, people just forgot that women existed. They were an afterthought.”

Ms Foster, who was speaking at a screening of Be Natural for the breast cancer charity Pink Ribbon Monaco (pinkribbon.mc), said it is not necessary to rewrite film history, so much as to “add to it.”

“Gaumont was very important to film history. He was the first person, in France, after the Lumière brothers who acknowledged what cinema could be – but it never occurred to him to think about narrative films.

“History revises itself as truth appears, as time goes on, and this is a great addition.”

Ms Foster, asked how Guy-Blaché had succeeded despite the prejudices of the day, said: “Her boss was an amazing man who appreciated her, though not enough to remember her when the time came to attribute things. He understood what she had to bring and she rose to the top entirely due to her own tenacity and talent.

“She had so many firsts, including the first all-African-American cast, a movie on planned parenthood, a movie where men and women changed places in society – very forward-thinking.

“Also she started this idea of naturalism [hence the film’s title Be Natural]. At the time they were more interested in theatricality – big broad strokes and the magic of filmmaking. She was interested in daily life and smaller details.”

The film is available for purchase at tinyurl.com/y2xgzp3l.

Ms Foster attended the Lycée Français de Los Angeles and has done French-language dubs for her own films. Aged 13, she impressed journalists by interpreting at the press conference for Taxi Driver when it won the Palme d’Or in 1976. She then spent nine months in France and starred in Moi, Fleur Bleue.

She told Connexion: “My mom was just taken by the French language and culture.

“She never travelled until she was about 45 and then she went to France and fell in love with it. She said ‘we’re going to move there and you’re going to speak French and maybe make French movies’. She put me in a French school and that was that.”

Guy-Blaché was pioneer of story-telling movies

She might have been the first person to realise that cinema could tell stories, not just show real life.

As a secretary for Léon Gaumont, who sold cameras and film at the time, she attended with him the first demonstration of film projection by the Lumière brothers, showing workers leaving their factory, in 1895.

Realising that film could be used for fiction, she convinced Gaumont to let her try – and her first film was la Fée aux choux (The Cabbage Fairy) in 1896 (pictured). Film buffs argue over whether it, or the Lumières’ l’Arroseur arrosé which came out around the same time, was the first narrative film in history.

Lasting one minute, her film depicted a fairy finding babies under giant cabbages, the traditional explanation given to French children as to where babies come from. You can see her 1900 remake below.

Guy-Blaché became head of production at Gaumont and later moved to America with husband Herbert Blaché, with whom she set up Solax Studios in Queens, New York, then across the Hudson River in Fort Lee, before Hollywood took off.

Her films ranged from a drama of the life of Christ and an adaptation of the Hunchback of Notre-Dame to westerns. She experimented with colour and sound and is said to have invented several conventions such as the “making of” documentary.

She is estimated to have written, directed or produced 1,000 films. The phrase “be natural” was posted on signboards at Solax Studios to remind actors not to exaggerate.

In later life, she wrote an autobiography in which she said she felt her role in cinema history had been overlooked.

She wrote, ironically: “Surely if I had been the only woman film director in the whole world for 17 years I would be known, I would be famous and celebrated? I would be recognised?”