Arts and culture news in France for August 2020 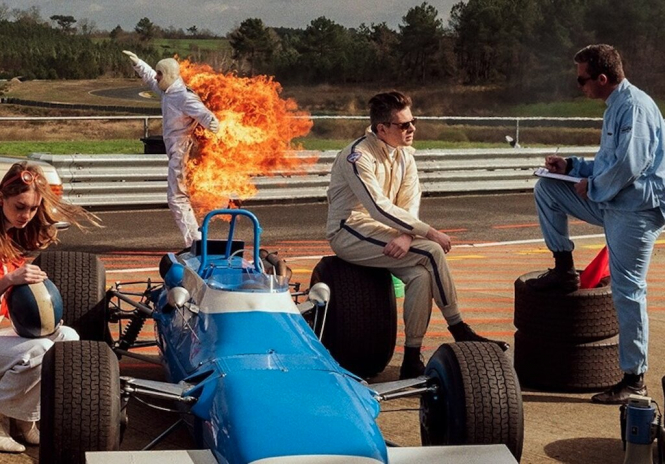 The arts and culture news France is speaking about this month. Pictured: Grand Prix inspires petrolhead singer Benjamin Biolay in his ninth album.
By Connexion Journalist

Rock stars loving fast cars is nothing new, but French singer Benjamin Biolay has taken his fondness for burning rubber one step further – by releasing a whole album dedicated to emotions derived from his passion for motor sport, and Formula One in particular.

Grand Prix is his ninth album, full of gnarly rock tracks and motor metaphors, and fuelled also by the 47-year-old’s admiration for Anglophone rock (he is an avowed fan of Manchester’s The Smiths and New Yorkers The Strokes). Biolay says he has been fascinated by Formula One since childhood, drawn by its glamour, drama and danger.

A new book will help visitors to follow in the footsteps of one of the city’s most famous residents – composer and singer Serge Gainsbourg, who died in 1991. Le Paris de Gainsbourg (Editions Alexandrines) by Emmanuelle Guilcher told Franceinfo that instead of just presenting a guidebook, she wished to “offer a ballad of music and songs through his fabulous destiny and the prism of Paris.”

As well as iconic locations such as his rue de Verneuil home, Brasserie Lipp and bohemian hotspots, the author also celebrates Gainsbourg’s fondness for the capital’s ethnic diversity. “It’s important to remember that multicultural France is Serge Gainsbourg’s France,” she said.

Read more: behind the scenes at Paris restaurant, La Buvette, plus exclusive recipe

A rare letter written by Vincent Van Gogh and Paul Gauguin while at the Yellow House in Arles in November 1888, has been acquired by the Van Gogh Foundation in Amsterdam. It will be exhibited this autumn at the city’s Van Gogh Museum. The letter, written by the two painters to their friend Emile Bernard, makes reference to a “renaissance” of art and visits to brothels.

Van Gogh wrote: ‘Now something that will interest you – we’ve made some excursions in the brothels, and it’s likely that we’ll eventually go there often to work’. Deemed the most significant document written by the Dutch artist that was still in private hands, it was purchased for €210,600 at auction in Paris.

Faced with a surfeit of printed material (notably of its huge newspaper archive) and no more space, France’s National Library (La Bibliothèque nationale de France) in Paris wants to build a new depository and conservation centre.

Laurence Engel, the library’s president, told AFP that time is running out to safeguard these “very fragile and fabulous collections” of newspapers and other magazines, which have housed 247,000 titles since La Gazette by Théophraste Renaudot in 1641. The institution is looking for a vast 15,000m2 site – no more than two hours by train or three hours by car from Paris – to construct its ultra-modern addition.

Looking for book recommendations? Check out our book review for the best France-themed books to read this month

Renovation of the chateau where The Little Prince author and aviation pioneer Antoine de Saint-Exupéry spent childhood holidays, is nearing completion. The Auvergne-Rhône-Alpes region bought the property in Saint-Maurice-de-Rémens (Ain) from the commune in February for €980,000 and intends to turn it into a museum – which it hopes will be “one of the greatest places in (the) region, poetic and modern”, said its president Laurent Wauquiez.

The castle (pictured in 2014), was built in the 18th century in a five-hectare park, and has been abandoned for decades. Only a few period elements remain, such as the dining room and the library. “It’s a project that has been in the making for 25-30 years and there is a little impatience” [among the villagers], said village mayor Éric Gaillard.