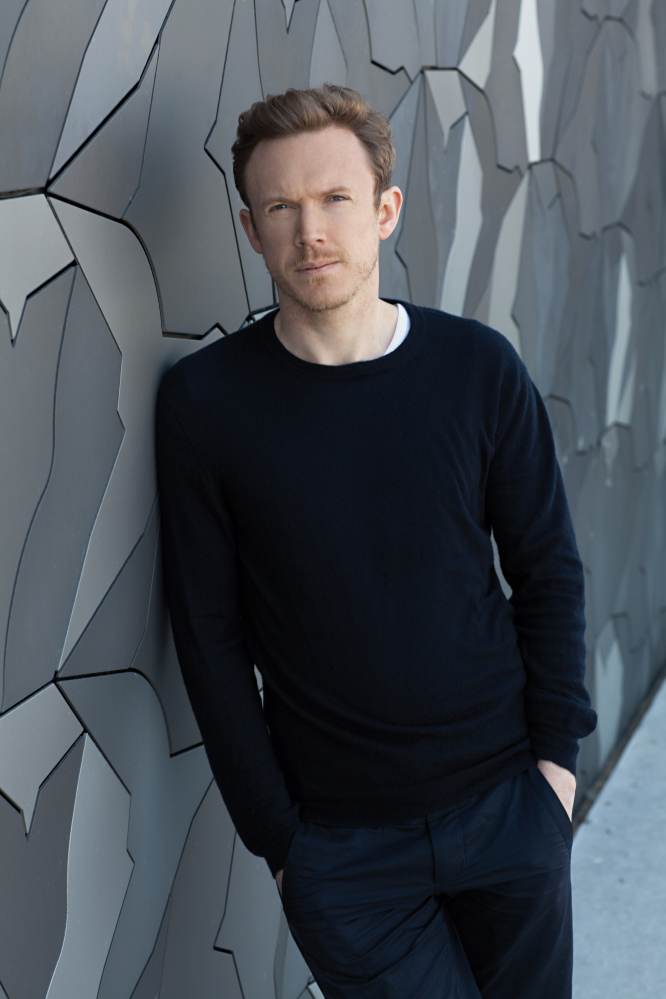 Daniel Harding will be the first Briton to hold the music director post at the Orchestre de Paris since Sir Georg Solti in the 1970s, who was born in Hungary but took British nationality. The job involves being the main conductor and taking decisions on the orchestra’s programme and on which soloists or guest conductors are hired.

The orchestra’s home is the Philharmonie de Paris, one of France’s finest concert halls, which opened in January this year on the north-east edge of the city at Parc de la Villette. As well as being home to the orchestra, the Philharmonie hosts visiting performers in various music genres, houses a music museum and exhibition space and runs talks, workshops and children’s activities.

You have been quoted as saying your appointment is surprising because your first experience conducting the Orchestre de Paris was not a great success...
That was more anecdotal than of real significance – it was half my lifetime ago and I was a very young conductor, too inexperienced to be standing in front of them, and it was a tough experience. But it does go to show we all have difficult encounters. I came back 20 years later, last year and conducted them again, which was like starting a completely new relationship. We hit it off instantly. The appointment is down to that instant good feeling between me and the orchestra.

What recent experience have you had of conducting them?
I had a series of concerts in March 2014 but there were already a lot of people in the orchestra that I knew well. The music world’s quite small. Considering what we’ve decided to undertake, we’ve done very little together but sometimes these decisions are made based on years of working together intensively and sometimes on a quick impression. Any relationship between a music director and an orchestra is a risk because however well you know each other, at the moment of marriage everything changes. Then you see how the chemistry works and you work for a great relationship.

How did the appointment happen?
The management spoke to me after I’d been with them and said ‘we’re getting very positive feedback from the orchestra and we should talk about more regular contact’. Then it became clear the current music director Paavo Järvi had decided to move on, so they came back to me saying the orchestra felt I’d be the right person. My initial reaction was, ‘It’s lovely, but we hardly know each other,’ but the more I thought about it the more it made sense. It’s an orchestra that’s in a really good place; a huge postive energy and enthusiasm for consolidating the great things they’ve got and working hard to expand horizons and grow and I want to be part of that. And the arrival of the Philharmonie is a fantastic boost for music in Paris, so it’s a great time.

So the building is a success?
As a concert hall it seems to be extraordinary, one of the best new halls in the world, which is fantastic. But a new hall is never going to open on the first day and be ready, acoustically. There is at least a year of fine-tuning, getting things in place and everybody getting used to it. The very best of the hall, people will be able to hear probably about the time I arrive [September 2016].

Some people have described you as the first Englishman in the post – though that's not strictly true, as Solti had British nationality... Do you feel honoured that they chose you, as a non-French person?
Britain claims him, because he was a great conductor, though Hungary has a fair claim on him too. It’s funny but we still have this idea that an Englishman in France is something to make a point out of. But the music world is brilliantly international and mixed and in a time when there’s so much discussion about nationality and identity and immigration I think musicians are lucky to work in a field where people don’t think for a second about someone’s nationality. However the orchestra is a hugely important French institution of which French people are rightly proud, so in that sense I am honoured as an outsider to be asked to take it on.

You have a lot of links with France – for example you did work with the Aix opera festival
Yes, happy days they were. I’m not even sure to what extent I’m English now. My kids are half and half and live in Paris and go to school there – my ex-wife is French and we met 20 years ago. I had some big moments in my career here very early on and I spent 10 years at Aix – a fantastic way to spend my summers and learn a lot. For a long time France has felt like a second home.

What is the culture like here with regard to classical music, compared with the UK?
Both Paris and London are extraordinary centres of cultural activity, with so much going on and fascinating people visiting from all over the world. But I think in both countries we have to keep in mind that a cultural life doesn’t survive if it is not broad across the entire nation and rich and lively from the grassroots up to the flagship institutions.

So I think in both countries we have to make sure we are looking at supporting institutions across the nation and across the board. And I think there are countries you go to where classical music is a more natural, regular part of life. We don’t want it ever to become something just a few people do for a special occasion. It’s wonderful when it’s just one of the things you do as part of being a rounded person.

I think the Philharmonie is a great symbol of doing those things in the right way. The location is very exciting. A lot of people used to having classical music on their doorstep in the 8th arrondissement think it’s far away but I think that’s a grand thing. Paris has people with all sorts of different interests and backgrounds and the Philharmonie can be a centre for everybody. I love that - the symbolism of the location and the fact that the building is more than just a concert hall.

Are there certain composers or works you want to introduce?

Compared to Paavo, I have some different tastes. The French repertoire hasn’t been central to what I’ve done over the last 20 years but interestingly enough I had started exploring it in the last few years. So I’ll bring in ideas and repertoire that haven’t been central to the orchestra and also meet the things which are very much home territory. Having said that, the orchestra is seen as being one of the most international of French orchestras, which is a great strength. We’ll announce an exciting and varied season around May, but you can be sure there will be important composers like Schumann, Mahler and Berlioz.

It’s said that you never had formal conducting lessons. Is that true?
It’s true that when I left school I didn’t go to a conservatoire or be a conducting student. I had already been conducting when I was still at school. The last four or five years I have been working with a friend who is professor of conducting in Vienna. I use him as a coach and someone who travels with me a few weeks every year and gives me a hard time about my bad habits. I watched athletes like Tiger Woods and Roger Federer and saw they always have someone next to them who is looking and making little corrections. I thought ‘why can they be so professional about it and we’re not’? That inspired me – it’s been wonderful.

Do you feel like an athlete?
Conducting is a very strict physical discipline – every little movement that you make with your hands and eyes and arms has an effect on the way an orchestra plays and sounds, so you want discipline and control; millimetre precision. On the other hand some of the greatest conductors had the most bizarre, unconventional movements, because so much of it is also about force of will and personality and musical conviction. So it’s not one or the other, but it’s never going to do you any harm to be really disciplined.

How would you describe your approach to conducting?
Conducting is thrilling and exciting and also the greatest intellectual challenge I can imagine, which I take very seriously. It combines everything. We all have our strengths and weaknesses and conducting is wonderful because you can use all your strengths and it shows you all of your weaknesses. You have this wonderful thing of riding on the wave of everybody else’s contributions and abilities and it’s fantastic to have this gift of 100 people contributing so much and you’re allowed the luxury of then shaping that. It’s an incredible thing to be allowed to do.